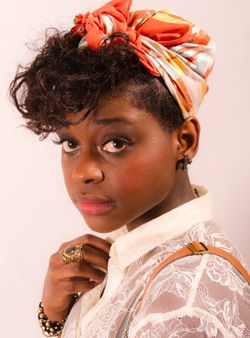 X FACTOR reject Gamu Nhengu says she longs for a return home to Zimbabwe – despite claiming that a “firing squad” awaited her in 2010.
Gamu, 21, is set to close the chapter to the controversy sparked by her exit from the UK TV show this week with the release of her new single, Shake the Room.
But something else appears to have been gnawing at her conscience – comments made after moves to deport her along with her mum and brother over alleged benefit fraud.
With the threat of deportation hanging over their heads, Gamu told a newspaper she feared returning to Harare – where her mum was a nurse – because President Robert Mugabe would order her killing.
“I’ve been in the public eye now and people there know I’ve fled Mugabe’s regime,” she said then. “They will punish us if we go back. They’re going to know where we are.
“There’s a firing squad waiting for us there and they’re putting me in front of it.”
Her comments sparked outrage in Zimbabwe and on the internet with accusations that she was exaggerating the security situation in Zimbabwe in order to gain asylum. Zimbabwe has no firing squad, it was pointed out.
But Gamu – who was later allowed to stay by a court – now insists she is a proud Zimbabwean and would like nothing more than to return as a successful international recording artist.
“Half of my family is there,” she told the Daily Mail. “I was scared to go back because it had been made out that I had been embarrassed to be Zimbabwean. But at no point did I deny it. I could have changed my name, but I never did.”
Gamu, now signed to a Scottish record label, GSound, is set to debut her single Shake The Room on May 6.
The 1960s Motown-inspired debut single references inspirations such as Aretha Franklin and James Brown in the lyrics, which suggests the X Factor might never have been the best career path for her.
“I’ve taken so much time out, I’m with a small label and I’ve written my own songs. That gives me more credibility. The songs are very different from the covers I was singing on the show,” she says.
She has found love, too, with 24-year-old blues guitarist Jamie Rintoul, with whom she has been writing songs.

“He’s really supportive and it’s great to have another musician to feed off. He’s one of my best friends and an important part of my life,” she says.Advertisement

But she has no plans to flee the nest just yet. “My mum doesn’t want me to move out till I’m 30,” she giggles.