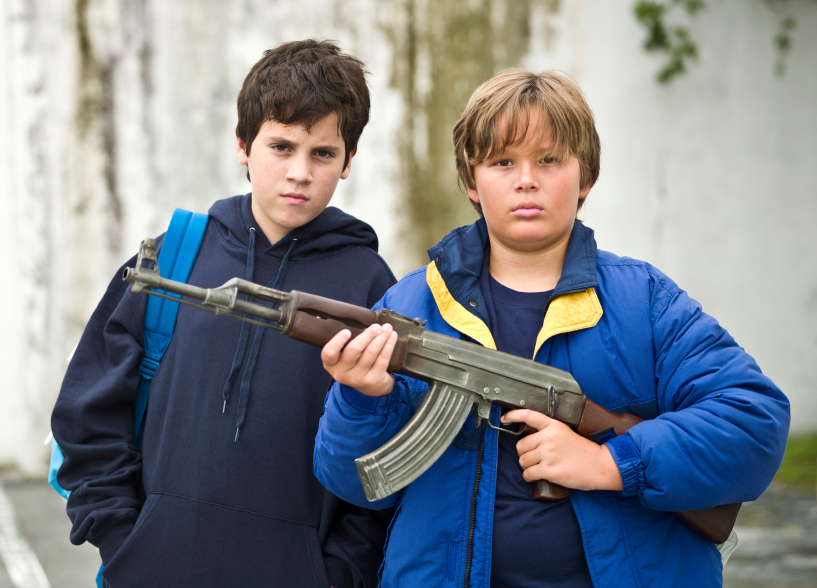 There are 27,000 children aged between 10 and 17 in England who identify as being part of a gang, according to a report by the Children’s Commissioner.

The Home Office said it was “committed to protecting vulnerable children”.

According to the report, gangs “set out to prey on vulnerable children” and those suffering from mental health issues or abuse and neglect in their family life are particularly susceptible.

Sarah – not her real name  became involved in a gang when she was 12, following a period of physical and sexual abuse at the hands of a family member.

Now 14, she told BBC Radio 5 live that she began by doing drugs such as cocaine with a gang before going on to sell drugs for them sometimes walking for up to three hours at a time to sell “the tiniest bit of weed”.

Her brother, who is two years older than her, was also involved.

“Cos we were so young and we were getting money, we were like, ‘Yes, money’s rolling in,'” she said.

“We were still both innocent to what was happening because we still both didn’t really understand what was going on.”

But Sarah was also regularly drinking alcohol and doing drugs, and eventually reached a point where she would “sleep with someone just to get money or just to get a bit of weed”.

“It got to that stage where it was really bad and then obviously that’s when the police had to step in.”

Looking back, Sarah, who is no longer in the gang, says she “hated” who she was  “I was violent, I was just a horrible person.”

A street gang is defined as a group of young people who hang around together and have a specific area or territory, have a name or other identifier, possibly have rules or a leader, and who may commit crimes together.

Researchers said that, for some children, gang membership represents little more than a loose social connection and not all young members are involved in crime or serious violence.

“For many children, involvement in these gangs is not a voluntary act,” the report added.

“In some areas children are considered members of a gang based purely on their location, their family or their wider associations.”