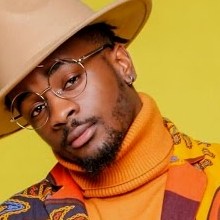 AFROPOP musician, Garry Mapanzure has tried his hand in the ZimDancehall genre with his latest freestyle, ‘Zvinoitwa’.

Speaking to NewZimbabwe.com from his United Kingdom base, the rising musician said the producing a Zimdancehall track was his way of exploring his versatility as an artist.

“A couple of people have noticed how versatile I am, and I felt like somewhere still in doubt.

“I had to show it and jumping on a Zimdancehall track, something they wouldn’t expect from me, was a way to prove further on how versatile I can be.

“I have never wanted to be stuck a genre but that’s how the industry is. The world is my oyster and I’m a creator,” he said.

In the track, the young artist pays tribute to late Zimdancehall star, Soul Jah Love whom he described as one of the greatest artists to emerge from the Zimdancehall industry.

Soul Jah Love died earlier this year in February and was declared a provincial hero.

“Soul Jah love is one of my favourite Zimdancehall artists and his impact in that field is unquestionable. It only felt right to pay homage to the GOAT (Greatest Of All Time).”