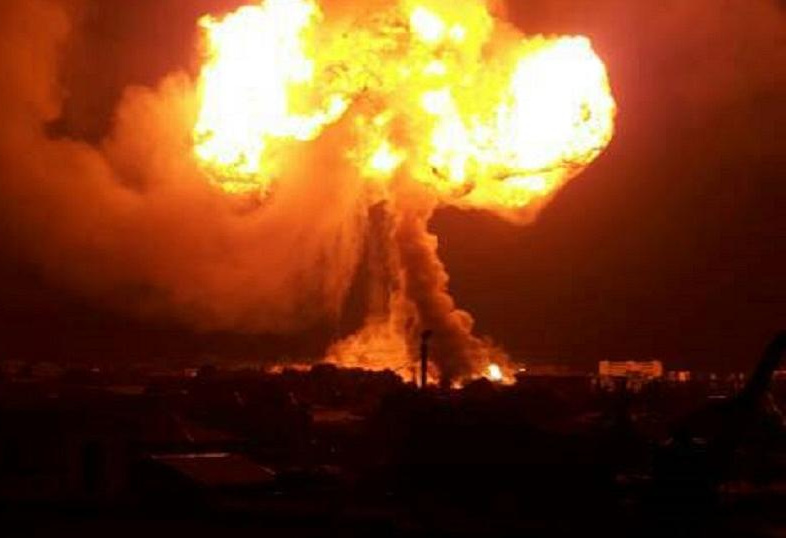 At least 23 people have died in a huge explosion that tore through a tile factory in Sudan’s capital of Khartoum, the government said Tuesday.

The blaze also injured nearly 130 people, several critically, the cabinet statement added, suggesting the death toll from the blaze could rise as the burned were being treated at local hospitals.

The government said the fire erupted when a gas tanker exploded unloading cargo at the factory and has ordered further investigation.

Video footage circulated online showing an explosion launch a ball of fire into the sky, sending workers scrambling for cover. Huge plumes of dense black smoke billowed above the plant.

The government expressed its “deepest condolences” to the families of victims and wished a “swift recovery to all wounded.”

The cause of the fire was not immediately clear. Sudan has suffered from various industrial accidents in recent months, raising concerns about the adequacy of health and safety regulations. Earlier this year, a fire caused partial damage to the presidential palace in Khartoum.