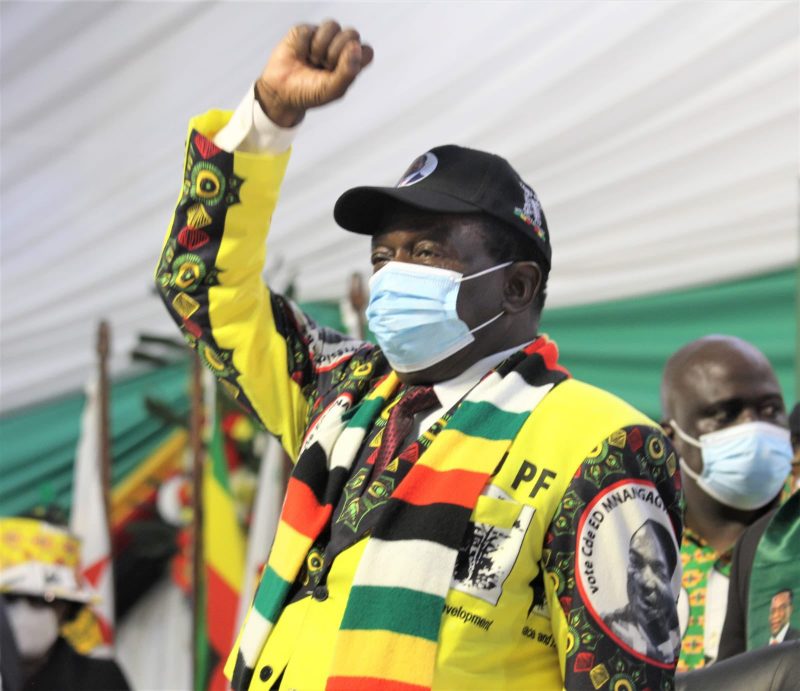 ZANU PF’s 2023 presidential candidate Emmerson Mnangagwa has party members to gear for the coming elections to ensure the governing party retains its power.

Mnangagwa won the 2018 elections with a narrow margin amid allegations by the second runner-up, Nelson Chamisa of the MDC Alliance that he rigged the results.

Speaking to delegates Saturday at the just-ended Zanu PF annual people’s conference in Bindura Saturday, Mnangagwa urged party members to work hard for a “resounding” victory in “silencing all detractors once and for all”.

This was in direct reference to Chamisa who early this month also started his 2023 presidential campaign with provincial “Meet The People Tours”.

However, Chamisa’s provincial tours to Masvingo, Manicaland, and Mashonaland West have been bloody with suspected Zanu PF supporters unleashing violence against the opposition leader, entourage, and supporters.

However, senior Zanu PF officials have been giving conflicting statements on the violence with acting political commissar Patrick Chinamasa alleging Chamisa was being attacked by people as he was forcing them to attend his meetings while other officials have denied the ruling party is in involved the bloody skirmishes.

“The journey towards a resounding success for 2023 elections for Zanu PF has already begun. Let us go back to our cells, branches, wards, districts, and provinces to establish definitive figures ward by ward and constituency by constituency,” Mnangagwa, who is seeking a second term and final term, said.

“We have an upper hand that should romp to victory in 2023. in the 2023 harmonised election, Zanu PF is silencing all detractors once and for all.

“We are building an indestructible party for our country. Zanu PF is about productivity, production, and hard, honest work. We are a rejuvenated party and we are on an irreversible mission to improve the quality of life of our people.

“No one will stand in our way to develop our country. Our land today is more productive than it was under colonial rule. In urban areas, residents have been used and abused by corrupt and incompetent led opposition councils. Our people deserve better and under Zanu PF, that time has now come and Zanu PF will takeover. Share the good news that Zanu PF is unstoppable.”

Mnangagwa added: “The party will be with you in your fields; in the mines and in the factories, in lecture rooms and in schools. We are a people’s party, a party which is a safe home for Zimbabweans.”

However, there are fears the 2023 elections will be marred with violence with cases of political disturbances, perpetrated by suspected Zanu PF activists, on the rise against opposition supporters.