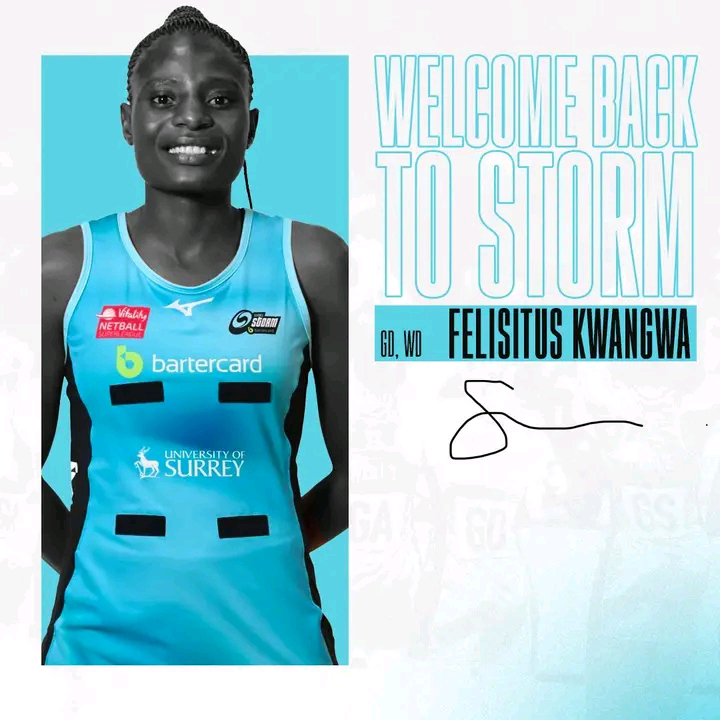 The announcement by Surrey Storm caps off an impressive two months by Kwangwa who recently led Zimbabwe to its second Netball World Cup which will be staged in South Africa.

Kwangwa returned to the English side after impressing in the 2022 season putting out scintillation performances, clinching Coach’s and fans player of the year season awards.

Surry Storm in a statement said they are delighted to have on board the Zimbabwe player for another season.

“Surrey Storm is delighted to announce the re-signing of Zimbabwe captain Felisitus Kwangwa and Storm GK Leah Middleton for the 2023 Superleague season!

“Both Kwangwa and Middleton return in the duck egg blue and were quite the defensive combo last season,” said the club. 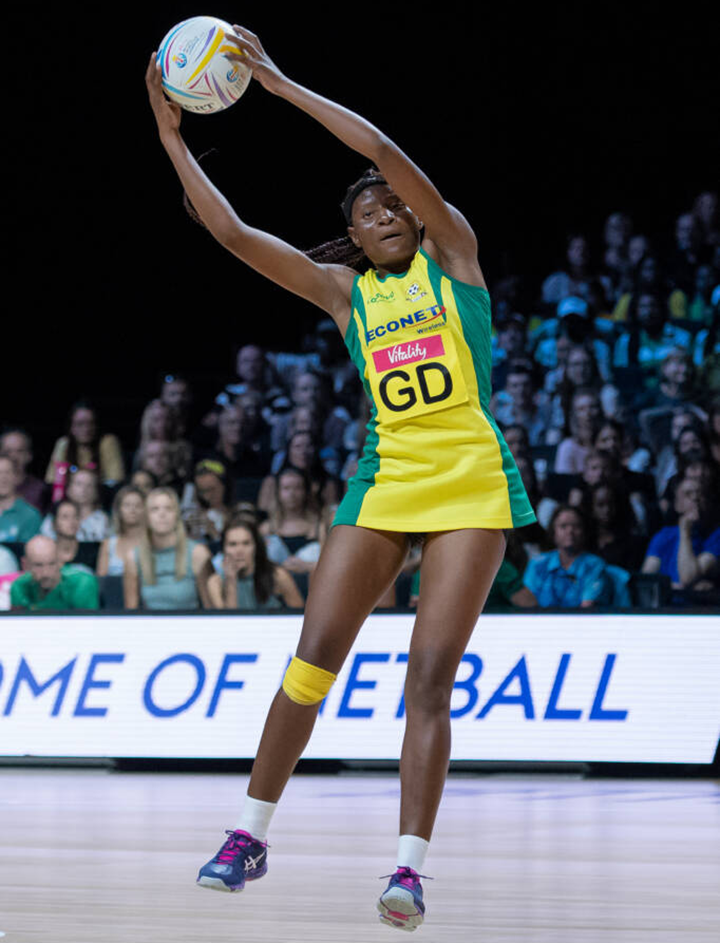 ‘Zim 1’, as Kwangwa is affectionately known, joined Surrey Storm in 2020 after impressing at the 2019 Vitality Netball World Cup with the national team.

Surrey Storm finished the 2022 season in eighth place and will be hoping for a better finish next season.

Kwangwa told the club website that she is grateful for another dance in the Vitality Netball Superleague and is hoping to fight for silverware.

“I’m grateful to be part of the Storm family this coming season. The goal is always to be crowned the champions of the 2023 season and that is what we will strive for,” she said.

Surrey Storm coach praised the return of the lanky Goal Defender into his side.

“Felisitus worked tirelessly on her game throughout the season and reaped the rewards in court time,” he said.

“She is a relentless tracker with the ability to win ball when it counts, and I truly believe will continue to thrive into next season. We look forward to seeing what Felisitus can achieve. Welcome back Felisitus and Leah.”