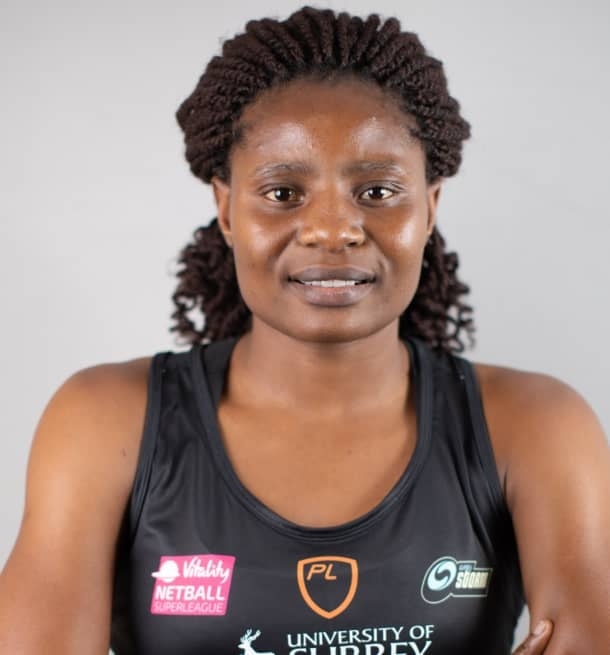 ZIMBABWE netball team captain, Felisitus Kwangwa, has been recognised for her superb season at English club, Surrey Storm, after being voted the Fans Player of the Season during the Vitality Netball Super League club’s post season awards ceremony.

Kwangwa was one of the four nominees for the award, together with teammates – Yasmin Parsons, Kwangwa, Leah Middleton and Peace Proscovia.

Surrey Storm coach, Mikki Austin, was full of praise for Kwangwa, describing her as a dedicated player who is willing to learn to perfect her skills.

“This award represents a player who has shown the most improved play in 2022 and has potential to put in some winning performances,” Austin said.

“When the athlete returned from the summer break, it was clear she had put in so much as she was fitter, stronger and more determined than ever to put in some solid minutes on a VNSL court this year and she has reaped the rewards of that.

“This year’s 2022 VNSL Coach’s Player of the Season is awarded to Felistus Kwangwa for her match-winning performances, sheer determination and growth to improve and her ability to take on board the coach’s instructions and put that into practice against some of the world’s best goal attacks,” added Austin in a video posted on Surrey Storm’s official Twitter account.

The Zimbabwean goal defender seems to have established herself at the club this season to become one of the key players for her side.

She had more game time and made the starting seven on several occasions. Kwangwa is expected to lead the Gems in the upcoming 2023 Netball World Cup Qualifiers set for South Africa in August.