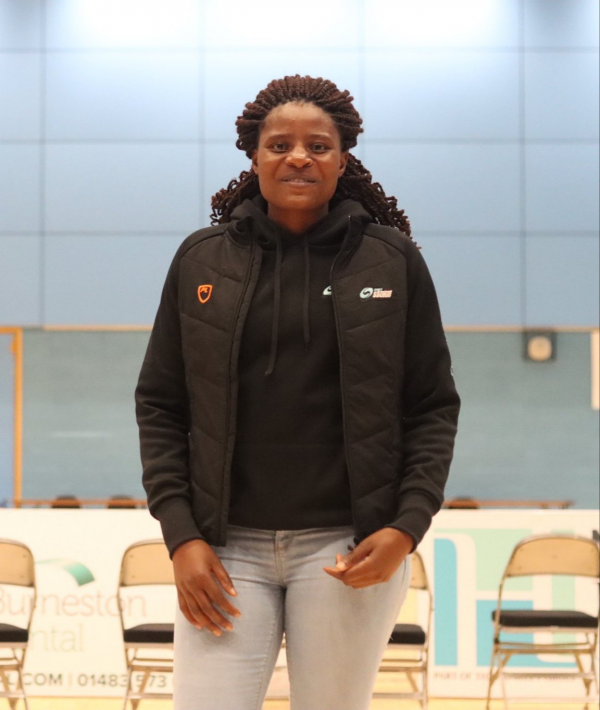 Gilbert is one of the world’s most established sports equipment manufacturing brands, specialising in rugby union and netball. It’s the long-standing official ball supplier for the International Federation of Netball Associations, the ANZ Championship, the biggest netball competition in the world and the Netball World Championships.

Kwangwa becomes the first netball player from the African continent to be appointed brand ambassador of Gilbert Netball.

“A huge welcome to another new Gilbert Netball ambassador Felisitus Kwangwa! Felisitus is the Zimbabwe Netball Captain and will be playing in the Vitality Netball Super League next year!” Gilbert said accompanied by a video of the Zimbabwe captain confirming the new role.

Kwangwa said she was delighted with her new brand ambassadorial role.

“I’ll be playing in the Vitality Netball Super League for the first time for the 2021 season and I’m so glad to announce that I’m now an ambassador for Gilbert Netball,” she said.

The new role will see the Bulawayo-born Zimbabwe captain designing her own personalised netball which is user friendly to young children for practice at home or on the court. Netball enthusiasts will be able to buy Kwangwa’s signature netball online.

Kwangwa will also receive Gilbert footwear and other accessories of her choice for practice and matches as part of the deal.

Kwangwa last month became the first local player to be signed by a top European team from the domestic scene after completing a move to top English side Surrey Storm’s squad for 2021 Vitality Netball Super League season.

The Zimbabwe Gems’ captain was one of the top performers at last year’s Netball World Cup where she caught the eye with some solid performances with three Player of the Match performances.

She led the competition in deflections and was sixth for intercepts as Zimbabwe were named team of the tournament.