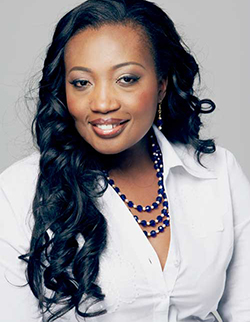 “GENERATIONS,” a hugely popular soap opera in South Africa, first aired in 1993, a year before the nation’s first all-race elections ended apartheid.
Now the future of this television staple followed by millions is up in the air. The producers fired the star-studded cast this week after they went on strike for more pay.
Sixteen actors had complained they were “struggling actors” while the production house and state broadcaster SABC raked in big profits from a show that has been compared to the American soaps, “The Bold and the Beautiful” and “Days of our Lives.”
A generation of South Africans is hooked on the intrigue, romance and clashing ambition that spice “Generations,” whose characters from the black South African middle class conspire and maneuver in the advertising world.
So the off-screen drama delivered a national jolt. Even South Africa’s ruling party, which took power the year after “Generations” started, expressed alarm.
In a statement, the party urged the labour and communications ministers to find an amicable solution to the dispute at the country’s “longest-running and much-loved soapie.”
Nathi Mthethwa, the arts and culture minister, issued a similar appeal on Wednesday, saying the show had “contributed to the development and growth of South African talent and the film industry.”
The characters in “Generations” reflect an upwardly mobile slice of life in democratic South Africa, even if many viewers can only aspire to it because of the hard reality of high unemployment and economic inequality.
The dispute over actors’ pay also has parallels beyond the studio; labour relations have been fraught in mining, where conditions are a lot tougher, and other industries.
Despite the firings, the show will continue because “there were other actors before, there will be other actors in the future,” executive producer Mfundi Vundla said in an interview with Radio 702, a South African news outlet.
Pre-recorded episodes will run to October, Vundla said. Asked about the actors’ grievances, he said that 12 cast members at “Generations” had been among the 20 highest-paid actors in South Africa.
Without providing details, the actors said they were actually paid below industry standards. The cast’s demands had included extended contracts and royalties for episodes that were shown again, according to South African media.Advertisement

“We live in a country that is notorious for artists living and dying in a state of poverty, tragically, never managing to earn what is their due, despite being associated with a number of successful projects,” the actors said in a statement before they were fired.
The dismissed actors include Sophie Ndaba, who played the lively Queen Moroka character and had been with the show from the beginning, and Menzi Ngubane, who acted as Sibusiso Dlomo, a mogul with a villainous streak.
SABC, which airs “Generations,” was under scrutiny before the cast was fired.
The state ombudsman released a report this year that cited alleged mismanagement by Hlaudi Motsoeneng, who is currently chief operating officer; the SABC board, however, said there was no reason to discipline him.
Nando’s, a fast food chain known for its spicy chicken and provocative advertisements, jumped into the national discussion about “Generations” with a Twitter ad addressed to Vundla, the producer.
“Dear Mfundi leave the firing to us,” it says. “We’ve been flame grilling for generations.”
In an interview with SABC last year, Vundla said he had no idea that “Generations,” which is also seen in other parts of Africa, would last so long.
“We created a demographic, a world of the African middle class which did not exist at the time that the show was created,” he said. “We looked into the future.”