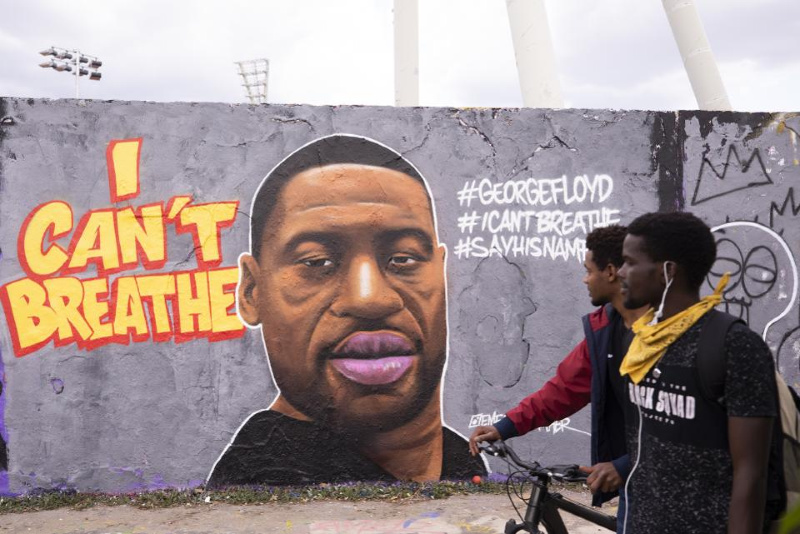 Protests against the death of an unarmed black man in police custody in Minneapolis have spread across the United States.

Violence erupted again in the city where George Floyd died, but was also seen in New York, Atlanta, Oakland, Dallas and many other cities across the country.

The greatest anger among protesters remains in Minneapolis, where people defied a city curfew. 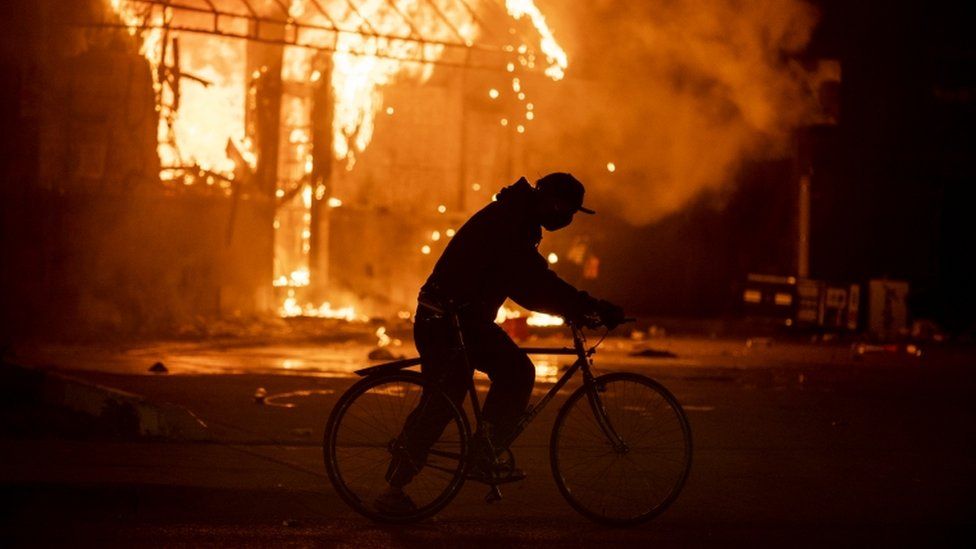 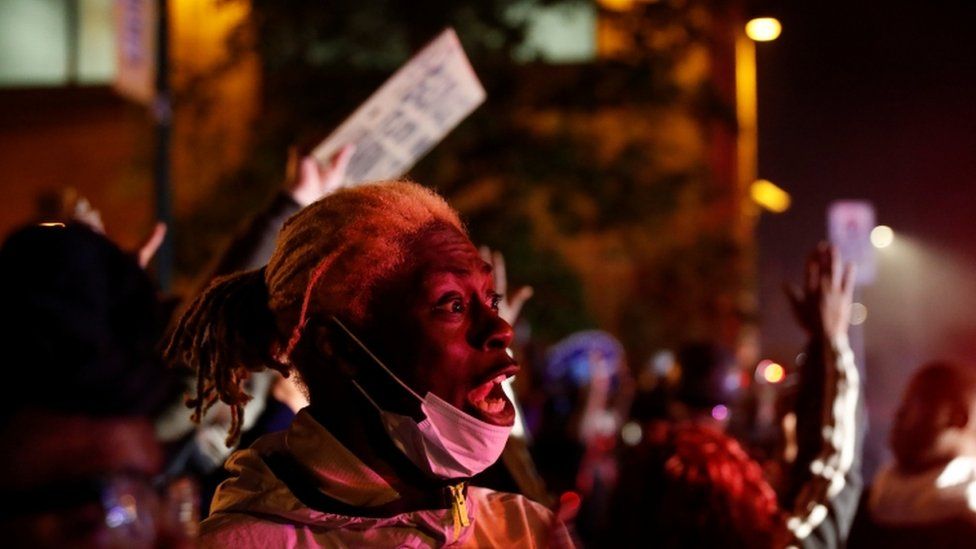 The city has been accused of not deploying enough police and National Guard on the streets. State Governor Tim Walz accepted responsibility but said simply “there’s more of them than us”. 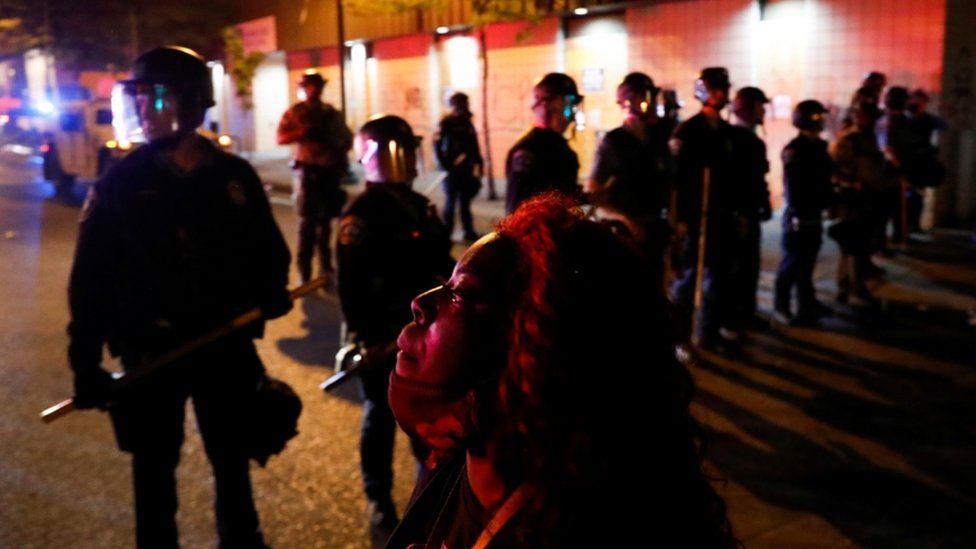 A number of fires were started in Minneapolis, and fire officials said it was too dangerous to reach all of them. 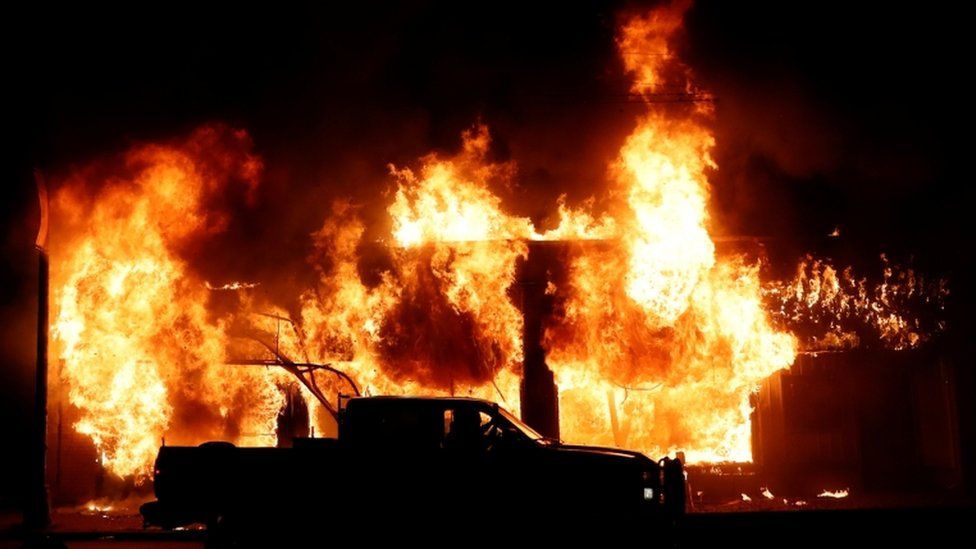 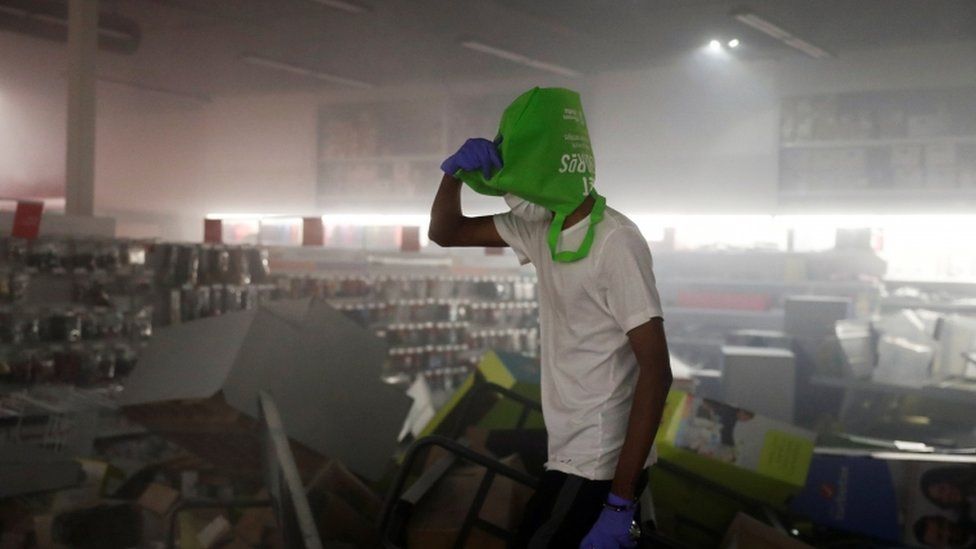 But the protests were far wider than previous nights since Mr Floyd’s death on Monday. Police in Washington were out in force outside the White House, which was briefly locked down. Police fired pepper spray to keep protesters from the building. 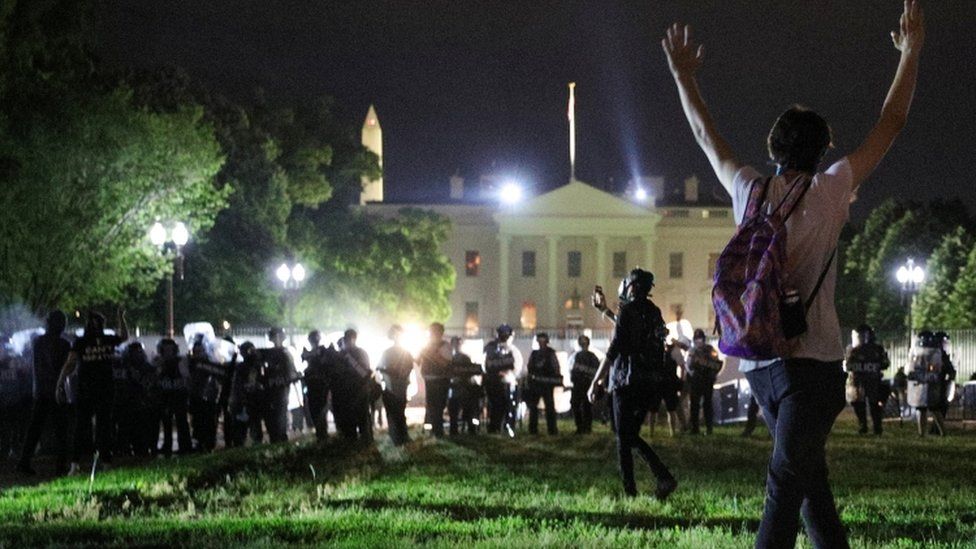 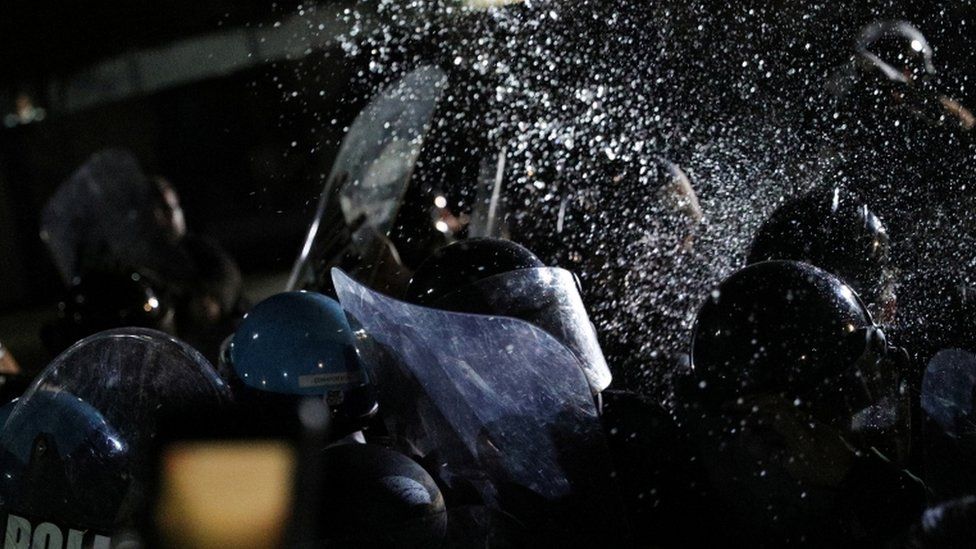 Tear gas was used to disperse crowds protesting in Oakland in California…. 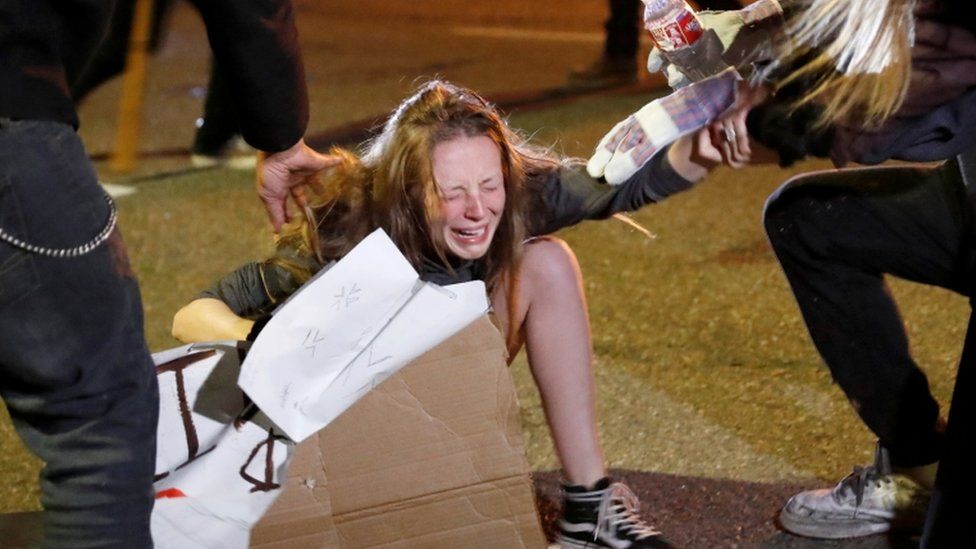 … while fireworks were thrown onto Freeway 110 North, in Los Angeles, as protesters tried to block roads. 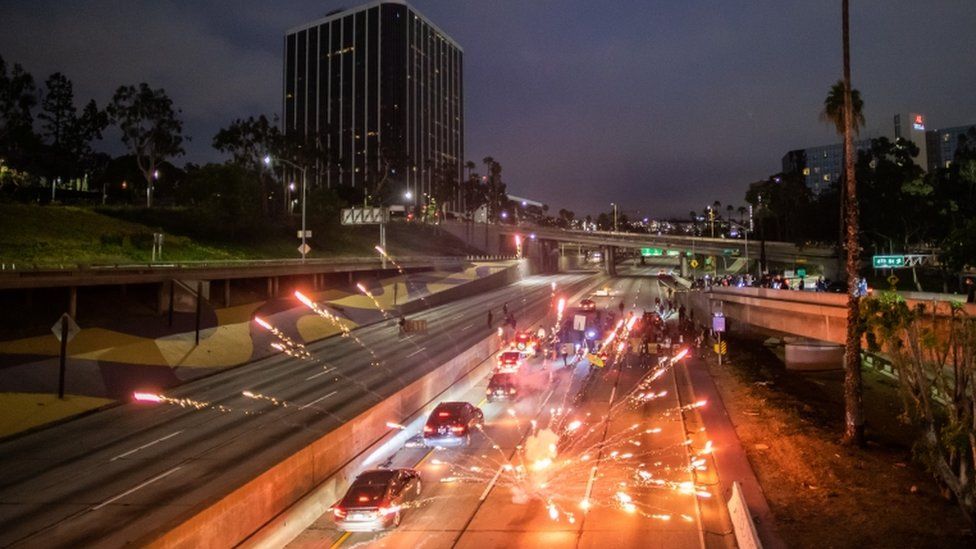 There were also chaotic scenes in Brooklyn, New York, where Mayor Bill de Blasio tweeted: “We don’t ever want to see another night like this.”