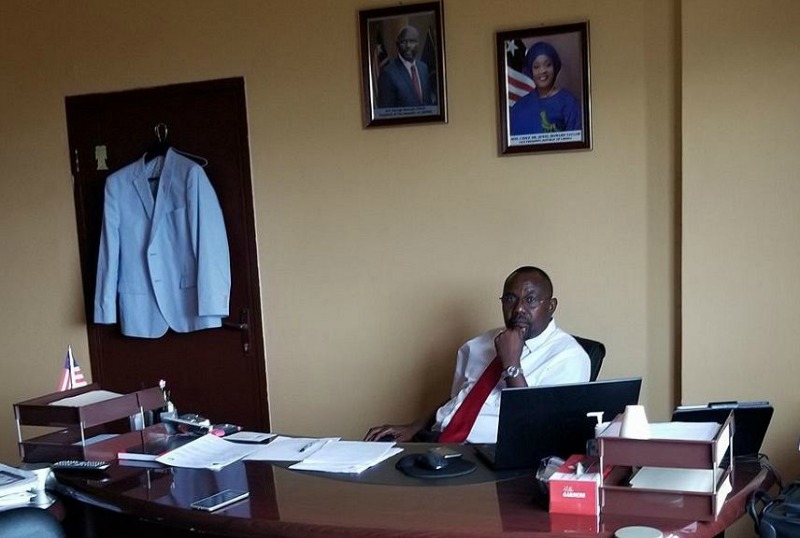 No court conviction just a legislative debate and a deputy minister in Liberia was sentenced to two-days in jail for rude behaviour.

Deputy Information Minister Eugene Fahngon spent his first night in cells on Wednesday and is expected to be released on Friday.

He is serving his term at the Monrovia Central Prisons, after the lower house of parliament found him guilty of abusing two members of the House of Representatives, the BBC reporter in Liberia said.

Described as tough talking, Minister Fahngon honoured an invitation from the lawmakers to explain the scuffle that led to his insulting comments on the lawmakers.

But when he appeared before the house, he said he was not interested in explaining the viral contents but that the lawmakers could act on the comments as they wished.

The speaker, Bhofal Chambers, subsequently announced the sentence after which he was handcuffed and sent to jail. He said the House was informing the executive that the erring minister was a “non-governmental material.”

Radio stations in the West African country have also repeatedly broadcast his insulting comments. The George Weah government has yet to officially comment on the incident.

Liberia has an upper house of parliament that is the Senate. Until his election earlier this year, Weah served as a Senator for the Montserrado County.