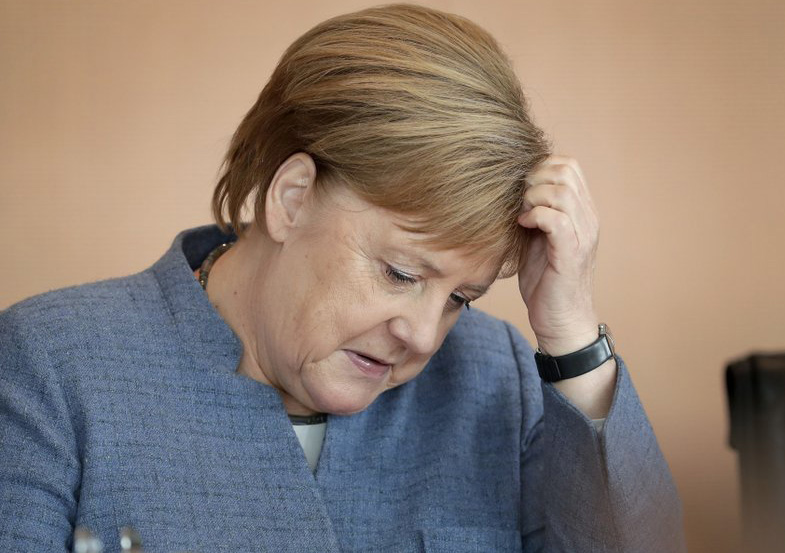 German Chancellor Angela Merkel arrives for the weekly cabinet meeting at the chancellery in Berlin, Germany, Wednesday
Spread This News

BERLIN: The German government’s panel of independent economic advisers has cut its growth forecast for this year, citing a tougher foreign trade environment, among other issues.

The five advisers on Wednesday predicted growth of 1.6 percent this year in Europe’s biggest economy, down sharply from the 2.3 percent they forecast in March. They predicted an expansion of 1.5 percent next year, down from 1.8 percent.

In their report, they noted that the German economy is in one of its longest upswings since World War II but wrote that “a less favourable foreign trade environment, temporary production issues and capacity bottlenecks are slowing the pace of expansion.”