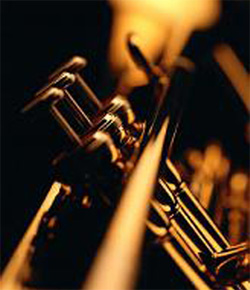 German Jazz outfit, the Simin Tander Jazz Quartet, is in the country as part of the Twelve –Music Every Month concert series and will be performing at the Theatre in the Park this Saturday, January 6 starting at 7:30 pm.
The band visited the Mavambo Trust in Mabvuku Thursday where they held collaborations with musicians from the high density suburb, which is also home to one of Zimbabwe’s finest artists, Willom Tight.
The band, highly respected and increasingly popular in Europe, will also hold an all-day complimentary jazz workshop for local musicians this Friday at St George’s College.
Eren Levendoglu, founder and director of the Twelve Concerts, said the Simin Tander Jazz Quartet would bring an interesting blend of international jazz influences to their performances and workshop.
“We are excited to start the year with this acclaimed and talented foursome, who will present a jazz concert that will have broad appeal across all musical tastes,” said Levendoglu.
She said the lead singer of the group, Simin Tander, was of German-Afghan parentage whose name was Persian for ‘silvery shining.’ Other members of the band are Jeroen Van Vliet (piano and keyboard), Cord Heineking (double bass) and Etienne Nillesen (drums)
“The quartet is well-known on the jazz scene in Germany and the Netherlands, and has performed in China, Hong Kong, South Korea, Italy, Spain and the Czech Republic. Their music features a range of styles, including a strong Middle Eastern influence stemming in part from Simin’s heritage,” she said.
The group has performed at the North Sea Jazz Festival and the Women In Jazz Festival and has given concerts in well-known establishments such as the BIMHUIS, and Amsterdam Concertgebouw. Their concert in Harare will feature a selection of their own repertoire from three recorded albums.
The show is being organized by Zim Trust and is supported by the German Embassy, Goethe Zentrum Harare and the Sazlburg Festival-Harare Chamber Music Festival.
Booking for the Theatre in the Park performance is now open at The Spotlight in the Reps Theatre foyer, or online atwww.thespotlight.co.zw, and tickets will also be on sale at the door. People interested in taking part in the workshop can call Jonathan Kalonga on 0772 911755.Advertisement