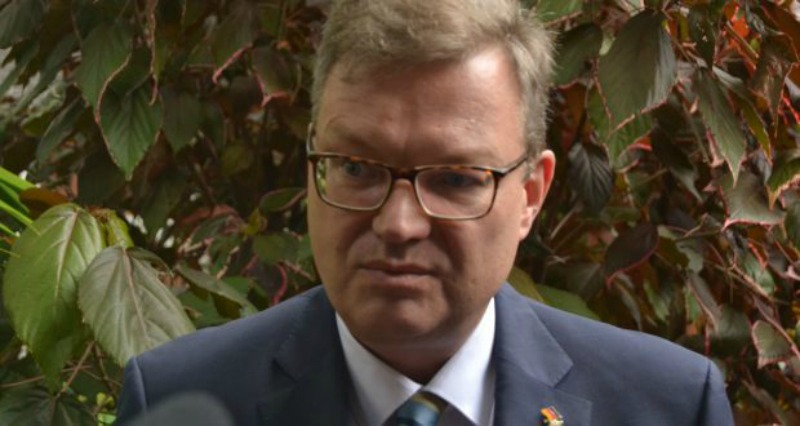 A GROUP of Zanu PF youths have reportedly taken over a gold mine from a German national in the Midlands province.

The mine owner, Karl Doring, has since written to his embassy pleading for an emergency intervention as the dispute over the ownership of Antelope Mines in Zhombe rages.

In a letter in possession of this publication and addressed to the German Ambassador dated 24 May 2018, Doring said he was living in fear after the youths who are believed to be aligned to the ruling party had been issuing threats to him.

“It is with great regret that we come to you with a disheartening situation,” Doring said in the letter.

“Our mines in Zhombe have been taken over by two individuals who go by the names Mr Chirema and Mr Bhule. They are using the political party Zanu PF as ammunition against us,” the letter reads.

Papers in possession of this publication confirm that Doring is a German citizen who is the bonafide owner of Antelope Mine.

The documents state that, “Doring enjoys as a German investor the protection of the Agreement between the Republic of Zimbabwe and the Federal Republic of German concerning the Encouragement and Reciprocal Protection of Investments (signed 29.09.1995, in force since 14.04.2000). The protection also extends to investments that were made before the agreement entered into force.”

In his appeal for assistance, Doring also stated that he had proposed to work with the group and even approached the police to intervene in the situation to no avail.

“We have had threats on our lives on numerous occasions,” Doring wrote, “We have gone to the police but they seem not to be able to assist us. We have also proposed working beside them but this proved unfruitful as well.”

He indicated that his workers were even threatened with death if they were found on the mine.

“We are enquiring if the Bilateral Agreement between the Federal Republic of German and the Republic of Zimbabwe still stands,” he enquired.

Mine invasions appear to be on the rise in Midlands.

Earlier this year, Zanu PF youths invaded Gaika Mine which is owned by Jersey-based and privately owned Duration God which acquired several mines back in 2006 and kept them under care and maintenance due to the volatile political situation in the country at the time.

The army has, however, moved in to dislodge hordes of Zanu PF youths who had invaded the mine.