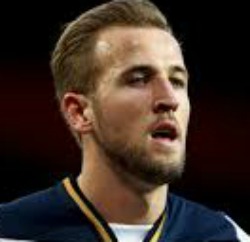 Defending champions Germany clinched a place at next year’s World Cup in Russia with a 3-1 win in Northern Ireland on Thursday, while England beat Slovenia 1-0 to secure their berth.
Sebastian Rudy and Sandro Wagner struck brilliant first-half goals in Belfast before Joshua Kimmich added a late third as Joachim Loew’s team made it nine wins out of nine in European qualifying Group C.
The four-time world champions also maintained their proud unbeaten away record in World Cup qualifiers – a run spanning an incredible 47 matches dating back to 1934.
“We’re off to Russia, to tear it up! We want to successfully defend the World Cup title,” said Bayern Munich midfielder Rudy following his first international goal.Advertisement

Northern Ireland, who grabbed a consolation through Josh Magennis, remain on track to claim a spot in next month’s play-offs as they attempt to reach the World Cup for the first time since 1986.
Harry Kane continued his stunning goalscoring form with a 94th-minute winner as an unimpressive England overcame Slovenia at Wembley.
Gareth Southgate’s side looked utterly bereft of ideas until skipper Kane converted Kyle Walker’s inviting cross to score his 14th goal in nine games for club and country.
It is the sixth time in succession England have qualified for the World Cup, but after making such heavy work of defeating Slovenia, they are unlikely to give the game’s super-powers many sleepless nights.
“It’s not a relief, I always thought we’d achieve the objective (of qualifying),” said Southgate.
“Tonight highlighted where we are.
“We know exactly where we need to improve. We do have players who can score goals. It is a work in progress and when I was given the job the aim was to qualify for the World Cup.”
RECORD-BREAKING LEWANDOWSKI
Scotland kept alive their hopes of reaching the finals for the first time since 1998 after a last-gasp 1-0 victory at home to Slovakia.
Martin Skrtel’s own goal, just a minute from the end of normal time in Glasgow, leaves Scotland second in Group F, two points ahead of Slovakia and three in front of Slovenia ahead of Sunday’s trip to Ljubljana.
Robert Lewandowski scored a hat-trick to become his country’s record goalscorer as Poland thrashed Armenia 6-1 in Yerevan.
Poland, who finished third at the 1974 and 1982 World Cups, need a point from their final match at home to Group E rivals Montenegro to assure themselves of a place in the finals.
After Kamil Grosicki’s second-minute opener, Lewandowski curled in a brilliant free-kick to draw level with Wlodzimierz Lubanski, who represented Poland from 1963 to 1980, on 48 international goals.
The Bayern Munich star claimed the outright record when he blasted home an indirect free-kick and completed his treble in the second half as Jakub Blaszczykowski and Rafal Wolski also scored for the visitors.
Lewandowski also broke a European record set in August by Cristiano Ronaldo by increasing his tally in 2018 World Cup qualifiers to 15 goals, one more than the Portugal captain.
Ronaldo is level with former Yugoslavia forward Predrag Mijatovic, who scored 14 goals during qualifying for the 1998 World Cup, but could establish a new mark on Saturday when Portugal visit lowly Andorra.
Christian Eriksen’s 16th-minute goal steered Denmark to a 1-0 win in Montenegro to maintain their hopes of overhauling a three-point deficit to Poland when they host Romania in their final qualifier.