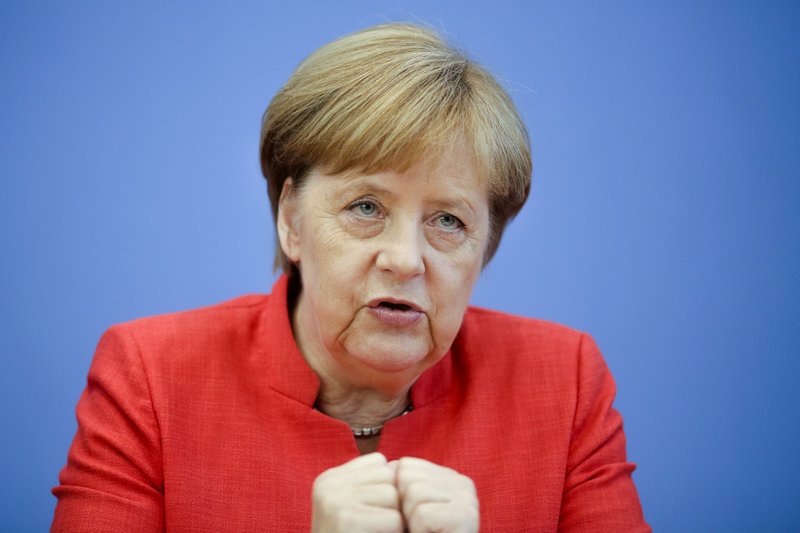 “I agree with all those who say when it comes to our already limited arms exports (to Saudi Arabia) that they cannot take place in the current situation,” she told reporters at her party headquarters.

Her foreign minister, Heiko Maas, had already said on Saturday that he currently saw “no basis for decisions in favour of arms exports to Saudi Arabia”.

Germany last month approved 416 million euros ($480 million) worth of arms exports to Saudi Arabia for 2018. In the past, military exports by Berlin to Saudi have mostly consisted of patrol boats.

Merkel reiterated that she condemned Khashoggi’s killing “in the strongest terms” and saw an “urgent need to clear up” the case.

“We are far from seeing everything on the table and the perpetrators being brought to justice,” she said.

Merkel added that she would continue to consult with international partners about a coordinated reaction to the case.

Germany and Saudi Arabia only returned their ambassadors in September after 10 months of frosty relations following criticism from Berlin of what it said was Saudi interference in Lebanese affairs.

The Khashoggi case has opened a serious new rift with European partners Britain, France and Germany saying in a joint statement earlier that Saudi Arabia must clarify how Khashoggi died inside its Istanbul consulate, and its account must “be backed by facts to be considered credible”.

After a fortnight of denials, Saudi authorities admitted Saturday that Khashoggi, a Washington Post columnist and prominent critic of powerful Crown Prince Mohammed bin Salman, was killed after entering the consulate in Turkey on October 2.

But it has faced a growing chorus of incredulity over its belated explanation that he died in a “brawl”, as world powers demand answers and the whereabouts of his body.