Ncube introduced the controversial levy to widen the government’s tax base in a struggling and now largely informalized economy.

The unpopular fiscal intervention sparked widespread anger after it appeared to cause price hikes with shortages of basic commodities also becoming rampant.

Villagers in the diamond producing Marange district said there was no justification for government to tax disadvantaged people living in rural communities.

This came out during the recent commemorations of the infamous Operation Hakudzokwi which left scores people dead when government unleashed security forces to flush out illegal diamond panners from the district in 2007. 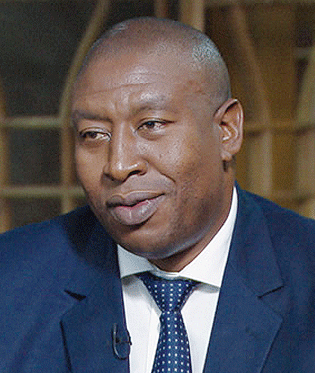 The annual event, which was held at Betera Primary School, was organised by local communities with the support of the Centre for Natural Resources Governance (CNRG), a local non-state actor in the resources sector.

In interviews with this publication, villagers said finance minister Ncube should collect his tax from diamond mining companies they accused of looting the area.

“We would like to express our displeasure over government decision to impose 2 percent levy on the citizens,” said Myness Matanda.

As Marange villagers, we are too poor to pay (the new tax). Please tell the minister to go Zimbabwe Consolidation Development Company (ZCDC) and collect that tax. They are the ones who looted and continue to loot our diamonds.”

Others said the finance minister should to target former companies such as Mbada Diamonds, Anjin Investment, Kusena, Marange Resources and demand that they pay back what they looted.

The companies used to operate in Marange before government booted them out to make way for the State-owned ZCDC.

“We have nothing here in Marange; all resources were looted,” said one villager.

“Why do you want to worsen our suffering by imposing a punitive tax on us?

“These companies looted, and the new finance minister wants us to pay what was looted by foreigners. Is that fair?”

Instead of imposing more taxes, the government should focus on compensating victims of Operation Hakudzokwe.

Charged said Margareta Mutsago; “How many times does this government want us to suffer?

“We were not compensated but still they want us to pay more tax to cover the gaps which were left by those looted our resources.

“Government knows who looted Chiadzwa and they must follow up and recover the stolen billions.”

Villagers also complained that they were being forced to renew movement permits every month at provincial police headquarters in Mutare, a process they said was very costly.

“We are using our own money to travel to Mutare every month to renew movement permits,” said Mathius Sithole from Marange Development Trust (MDT).

“This should be relaxed because we were born in this area. We have our relatives here so why do they want a permit from me to see my relatives.

“They (government) should give us a permit which is valid for a year, not one month. We are incurring unnecessary travelling costs to Mutare to apply for a permit.”

“We are not against mining in the community but the abuse of a piece of legislation to restrict our movements and scuttle our day to day to business,” said Makesa, adding that police should issue permits in the communities.

“The current situation in Marange is a shame and I don’t think God is happy with thieving of natural resources in this community. ZCDC is like a drunkard child who is stealing resources from his parents to buy beer,” said Maguwu.

He added that proceeds from diamond mining should benefit locals first before “they build mansions in Harare”.