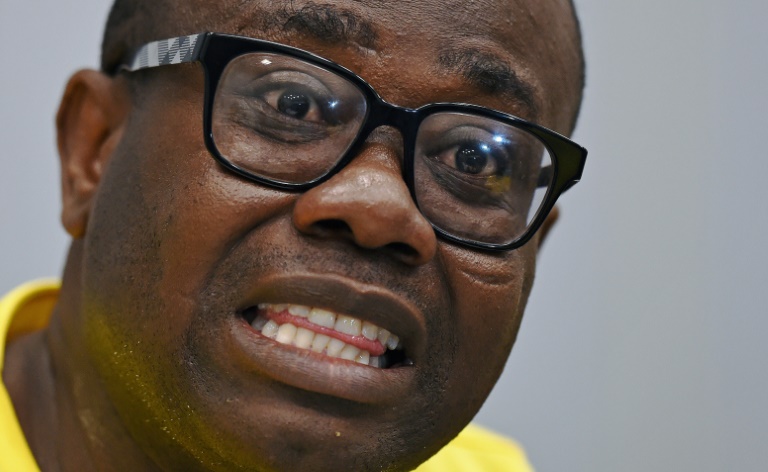 THE Ghana Football Association (GFA) on Thursday pledged to tackle corruption after an explosive undercover investigation alleged referees took bribes and the head of the governing body received kickbacks.

A long-awaited documentary was unveiled in Accra on Wednesday night, little more than a week before the start of the World Cup finals.

It purports to show referees apparently taking as little as $100 (85 euros) each to rig matches.

He also apparently tried to profit personally from a $5 million-a-year, five-year sponsorship deal with the GFA in what the expose said was a “clear breach” of ethics.

The GFA said on Thursday that it had not seen the documentary, which has sparked concerns about media freedom after the journalist responsible received death threats.

But it said in a statement: “We view the allegations circulating in the media very seriously and would wish to take immediate steps to address them.”

It added: “The GFA wishes to place on record that, there will be no attempt of a cover-up or shield any of our members caught in alleged acts of corruption.

“The GFA wishes to assure all that as an institution it does not condone any manner of corrupt practices.”

The governing body said it had previously acted swiftly against claims of match-fixing.

In 2014, Britain’s Channel 4 television and the Daily Telegraph newspaper claimed Nyantakyi agreed a $170,000-deal for Ghana’s national side to play in a friendly organised by match fixers.

Football is the national sport in Ghana but the senior men’s team, the Black Stars, have not qualified for the World Cup finals.

At the last tournament in Brazil in 2014, the government chartered a plane to send more than $3 million in cash to players in a row over appearance fees.

The decision caused a scandal back home as the country struggled with spiralling inflation, a yawning budget deficit and depreciating currency.

Diplomats, lawmakers, government ministers and members of the public packed a conference centre in Accra to watch the first screening of the two-hour documentary on Wednesday.

Football fan Simon Gyamfi said afterwards it was a “wake-up call” for the national game, adding: “I hope it will lead to a total clean-up in Ghanaian football.

“There is so much corruption in the system… The entire Ghana FA executive must be scrapped. What we have just seen is a total disgrace to the beautiful game.”

The documentary, filmed over two years, is the work of Anas Aremeyaw Anas, who has previously exposed graft in the judiciary and keeps his identity a closely guarded secret.

After watching an advance private screening, President Nana Akufo-Addo complained to police that Nyantakyi had “used the president’s name and office fraudulently”.

Nyantakyi was then questioned and released pending further investigation.

A lawmaker from Akufo-Addo’s ruling New Patriotic Party has since accused Anas of being corrupt and insinuated he should be killed and his colleagues beaten up.