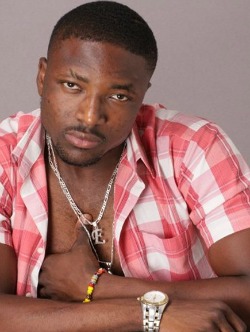 ELIKEM, the only notable player in the on-going Big Brother Africa-The Chase, has finally picked Pokello over his other women.
After dilly-dallying and playing hide and seek with Fatima, Pokello, Feza and Selly, Elikem has finally opened up to Big Brother about the woman who has his heart.
In his Diary Session this afternoon, the Ghanaian heartthrob revealed how Pokello is the woman for him.
“Selly is like a sister to me. I and she are very close. Fatima on the other hand is a very good friend of mine. I can tell her anything,” he said.
Elikem expressed how thrilled he would be to spend some time alone with the Zimbabwean, away from the maddening crowd.
“Pokello would definitely be my pick for the Rendezvous Room,” he added.
Pokello and Elikem have undeniable chemistry and despite the fact that she has mentioned her boyfriend a couple of times, Elikem has sworn he will take her away from him.
Elikem’s declaration is surprising considering that he Nominated Pokello for possible Eviction early Monday afternoon.
Pokello sparked controversy when her sex tape with Zimbabwean boyfriend Stunner, an urban grooves star, hit the continent after her entry into the BBA house.
Meanwhile Nando, Bolt, Natasha, Oneal, Betty, Elikem and Motamma are up for possible Eviction this week.
ELIKEM OPENS UP ABOUT POKELLO
Advertisement