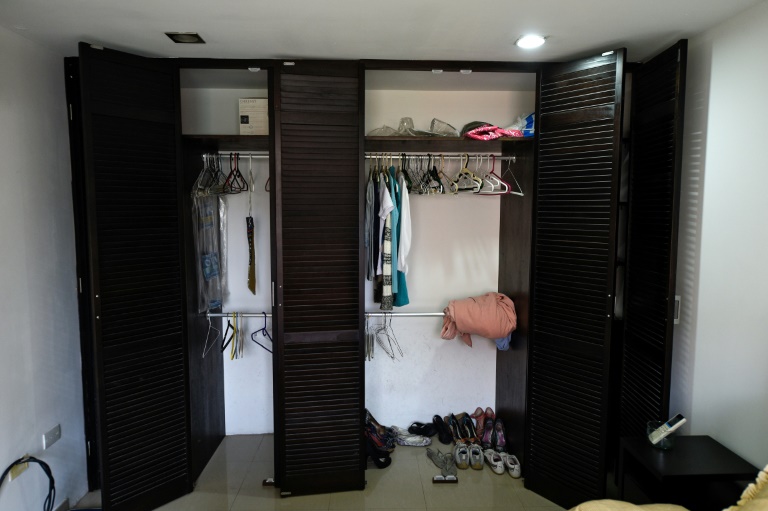 Three years ago, asphyxiated by Venezuela’s economic meltdown, Francisco Rojas and his wife Elena packed up four suitcases with the barest of essentials and walked out of their Caracas apartment.

It has remained empty ever since.

Toothbrushes are still perched on the bathroom sink, the refrigerator runs with only ice and tomato sauce inside, and the bar is empty except for a lone bottle of rum.

Deserted homes, desolate apartment blocks and stagnant markets for both renters and buyers are yet another disheartening byproduct of the South American country’s dire economic straits, which have prompted a mass exodus.

Elena, 33, was offered a job in Ecuador and there was no looking back. She can now earn as much in one month as she did in four years in Caracas.

When the couple left Venezuela, they simply locked the doors to the apartment rather than selling it, even though the money would have helped. Bought for $100,000 in 2014, their home had already lost half of its value.

“We wanted to see how things would go. Now that we’re established, it would be absurd to sell,” Francisco Rojas, a 28-year-old sports journalist, told AFP from Guayaquil, Ecuador’s most populous city.

In Venezuela, more and more apartment blocks have turned into ghost buildings.

Lights are never turned on, parking spaces remain empty and mailboxes are jammed with letters that are never claimed.

The crisis has sparked a new business — management of deserted homes.

Such services include the payment of public services bills, representation at condo meetings and even the switching on of lights at various times to ward off burglars.

According to the United Nations, some 1.6 million Venezuelans have fled the country since 2015 and a total of 2.3 million live abroad — some 7.5 percent of the total population of 30.6 million.

The Rojases were tired of the insecurity, the lack of food and medicine and the inflation — predicted by the International Monetary Fund to reach a staggering one million percent this year — that rendered their salaries practically worthless.

Roberto Orta, president of the Metropolitan Chamber of Real Estate in Caracas, says properties have lost 70-80 percent of their value over the last five years, leading homeowners to abandon their apartments without selling them

Hope springs eternal, though, even for those who have already left.

“If the situation improves, we’ll see if we return to Venezuela or sell the apartment,” said Francisco.

Roberto Orta, president of the Metropolitan Chamber of Real Estate in Caracas, says properties have lost 70 to 80 percent of their value over the last five years.

Mariana Garcia, a 41-year-old accountant who fled in 2017 with her husband and two children, says her house “lost more than half its value” but they held onto it.

“We locked the house, (left it) intact, and left with just two suitcases,” she said from the United States, where her husband accepted a job offer after first emigrating to Ecuador.

“Even if you have money, there’s nothing to buy or there’s no water,” said Garcia, explaining that she and her family took off before it was too late, worried that as international airlines shut down, they could be stranded in Venezuela.

As well as a reluctance to sell, homeowners who have moved abroad don’t want to rent their properties for fear of being unable to reclaim them from tenants, as authorities often prevent evictions, even in the case of rental contract violations.

Rental laws oblige proprietors to sign contracts with their tenants of at least one year that must be extended for six months to three years.

According to Orta, the rental market is operating at just five percent of its potential.

Carlos Gonzalez, president of the National Real Estate Chamber, told AFP that “hyperinflation means it’s not worth renting in bolivars,” but few people have access to dollars which, since 2003, have only been available on the black market.

Squatters are also a worry for homeowners.

In some condominiums, neighbors have been asked not to answer questions from people asking about unoccupied properties.

“People are walking past and can see apartments with the lights off,” said Quintero.

In Los Palos Grandes, a middle-class neighborhood on the east side of Caracas, several “squatters have been evicted by police,” Rafael Guerra, from the local neighborhood watch group, told AFP.

In the capital’s western area of La Florida, squatters settled into a property that has been occupied by a business while the workers were on vacation.

“They stole everything. The police evicted them but they weren’t arrested,” said one of the employees.

Opponents of President Nicolas Maduro blame the invasion of properties on a 2011 law passed by his predecessor, the late Hugo Chavez, to “rescue urban land.”

Rojas and his wife are among the many who fear they will lose their home to squatters.

“We’re afraid of being invaded — there are many empty apartments. Our family is always keeping an eye on it,” Rojas said.