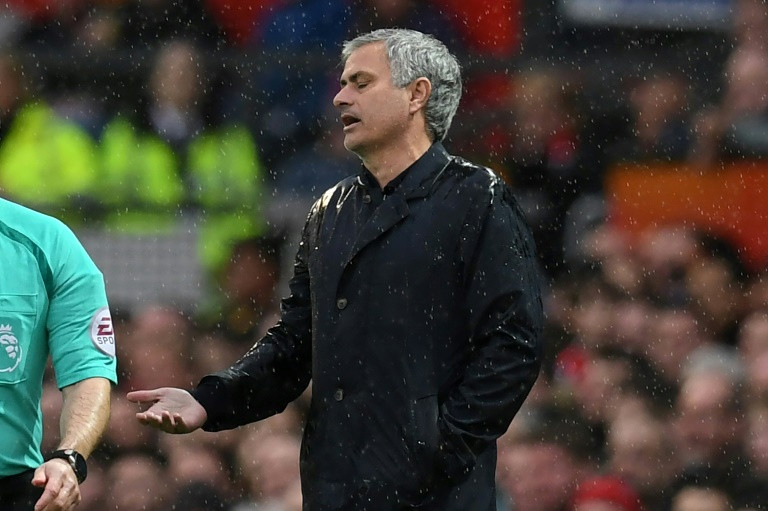 MANCHESTER City were crowned Premier League champions on Sunday after Manchester United crashed to a shock 1-0 defeat against West Brom as coach Pep Guardiola added a first English title to his three apiece at Barcelona and Bayern Munich.

City had moved within touching distance of the title with a 3-1 win at Tottenham on Saturday.

They clinched the silverware 24 hours later thanks to West Brom forward Jay Rodriguez’s 73rd minute header at Old Trafford although Guardiola may have missed the crucial moment after opting for a round of golf with his son instead.

City captain Vincent Kompany led the celebrations, tweeting: “Champions! What a great feeling! So happy to be able to share another trophy with our amazing fans!”

United had denied City the chance to wrap up the title last weekend when they came from two goals down to beat their bitter rivals 3-2 at the Etihad Stadium.

But Jose Mourinho’s men still ended up handing the trophy to City with a lacklustre display against bottom of the table Albion, who had won only three times in the league this season before this weekend.

“Manchester City, we won it for you” chanted West Brom fans at full-time as United supporters began jeering in frustration at their side gift-wrapping the title for City.

Guardiola is the first Spaniard to win the English title.

He and Mourinho are old rivals from their time in Spain when the United boss managed Real Madrid.

Mourinho was hardly effusive in his praise when asked about City’s success, but did concede they deserved to be champions.

“I have won titles. City were the best team, sooner or later they would get the points, so no dramas when the best team wins the league,” Mourinho said.

“I saw lots of people in the moon because we won against City. You could see the difference in the attitude to players compared to last week. We deserve to be punished.”

City are 16 points clear of second placed United, who can only take a maximum of 15 points from their remaining five games.

Winning the title with five matches to go makes City the joint earliest champions in the Premier League era — matching the achievement of the 2000-01 Manchester United team.

“We did it! An amazing journey to get here. All the lads have done so well and it feels great to be part of this really special group of players,” City defender Kyle Walker said.

Sergio Aguero, who became City’s record goalscorer this season, added: “Ecstatic about clinching another title with this great team, and with all the support of our fans. Let’s celebrate!”

City midfielder Kevin De Bruyne, a candidate for Player of the Year, said: “Unbelievable season for us. Very happy to call us champions this year!”

It is the fifth time City have been English champions and the third time in the last seven seasons.

City defender Benjamin Mendy, who missed most of the season due to injury, turned social media blue as he tweeted: “We are f*****g champions congratulations boys!”

Guardiola had planned a day of golf with his son Marius on Sunday, so the Spaniard might have learned of his first Premier League while on the course.

Speaking after the win over Tottenham, Guardiola admitted winning the title in England would be one of the greatest achievements of his glittering career.

He won three league titles with Barcelona and twice lifted the Champions League trophy during his Camp Nou reign.

The 47-year-old also took the German title three times with Bayern Munich, but he believes the unique strength in depth and physical demands of the Premier League makes this triumph among his very best.

He also conceded it was sweet to triumph in a country where some critics claimed his purist principles couldn’t flourish.

Guardiola and his players will have the chance to celebrate properly on Sunday when they host Swansea in their next fixture.

It was always a matter of when rather than if City would be champions after they led the way for most of the season.

Only in the last 10 days, as they lost to United and were knocked out of the Champions League quarter-finals by Liverpool, had City’s quality been called into question.

They gave a superb response with a swaggering win at fourth placed Tottenham.

Now, driven on by stars De Bruyne, Raheem Sterling and David Silva, Guardiola’s men can focus on establishing themselves among the Premier League’s all-time great teams.

Some pundits are already ranking City — who at one stage this season won a record 18 successive league games — alongside Manchester United’s 1999 treble winners and the 2003-04 Arsenal ‘Invincibles’.

While it may be premature to place City in that rarified air, they could make a case by breaking the Premier League points record of 95 set by Chelsea in 2004-05.