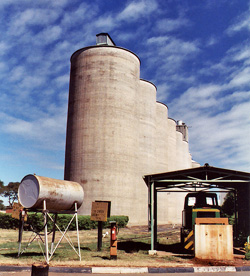 THE cash-strapped Grain Marketing Board (GMB) has offered its workers maize as part of payment of salary arrears, NewZimbabwe.com has learnt.
Workers claim that since September this year, they have not received their salaries.
GMB, which prides itself in being the granary of the country, employs 3 600 workers through its many branches dotted around the country.
According to the workers who spoke to this publication, management last week wrote a memo to all branches proposing to offer 10 bags of 50 kg maize to every employee as part of the payment for the September salary.
The company sells a 50 kg bag of maize at a cost of $19, 50 each.
“The company has not been paying us for four months. Last week management wrote a memo proposing this new way forward.
“So these people think our survival depends on maize alone,” said a disgruntled worker at a Bulawayo depot who refused to be named for fear of victimisation.
A source said management and the workers committee held an urgent meeting on Friday where the workers committee outrightly rejected the proposal.
“Management should source for cash to pay us. They cannot claim that the company does have money when the managers drive sleek Range Rovers,” said another source.
According to the workers , GMB management recently bought themselves 30 top –of-the range Toyota D4D off-road vehicles , at a time when the company was facing  serious cash flows.
The cash woes at GMB have also led to the company failing to pay farmers for delivered grain.
When reached for comment, the company’s spokesperson Joseph Katete confirmed the development.
“Yes it is true that there was a memo to that effect but the company has since cancelled the arrangement.
“Things are difficulty but we are trying by all means to clear all outstanding salaries,” said Katete