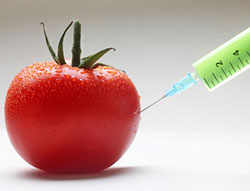 THE acceptance of genetically modified Organisms (GMO) crops by regional countries has created serious distortions to pricing of commodities in Zimbabwe, a local think tank has said after a study of market trends.
Zimbabwe maintains a ban on the importation of GMOs, including seeds, which are cheaper than organic crops. The government says GMOs are a threat to health and national food security.
“Prices of products such as vegetable oils, stock feeds, and cereals are way below the non-GM varieties grown locally.
“Government may need to establish centres that assess and adopt these new biotechnology concepts, and enforce the regulation and control of GM imports,” the Zimbabwe Economic Policy Analysis and Research Unit (Zeparu) said in a recently published report.
Other threats to the agro-industries food and beverages value chain, according to Zeparu, were unfavourable policies and regulations.
“Stakeholders also felt that there was a need to clarify policies such as the indigenisation and empowerment law which may be a hindrance to foreign investment,” it said.
The policy, which requires that foreign owned firms valued at over $500,000 cede 51 percent shares to local blacks locals has been blamed for scaring away investors.
The study, which also sought to identify policies, measures and strategies to enhance competitiveness of the agro-industries/food and beverages, cited lack of funding and liquidity as some of the factors inhibiting growth.
High cost and erratic supply of power and water, failure to meet lending requirements such as collateral for farmers were also a challenge.
“The government may therefore need to extend subsidies to overcome the inability of farmers to obtain credit or loans especially for acquisition of inputs,” reads the report.Advertisement