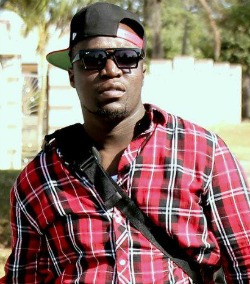 A DURBAN-BASED musician and dancer Shamein Chidhobhe has released a single Baby Na where she featured Zim hip hop finest Jimmie Maleta.
Chidhobhe, affectionately known as Shelly GK, is proving to be a force to reckon with as testified by the reviews of her latest single.
Shelly GK, who specializes in Afro-pop and dancehall, has also done a video for Baby Nah a hit that is doing well on local music charts. In Mzansi, the song is being played on Vibe 98.
“I am happy that my single is doing well on the local music charts and Mzansi. My single is being played by Zim radio stations and Vibes 98 in Jozi. I am also happy that as an upcoming artist I have managed to do a collaboration with Jimmie Maleta,” said Shelly GK in an interview with New Zimbabwe.com from her base in Durban.
She said she was happy that she was making inroads in South African music industry which has been dominated by local musicians for years.
“Baby Na is my first port of call because it received overwhelming response from locals. Even my launch of the video it was quite a success story given that South Africans support their own local artists,” said Shelly GK.
GK is making waves on the South African music scene where she is rubbing shoulders with a host of internationally acclaimed artists.
“I have managed to share stage with big local household names such as Jah Prayzah, Sulumani Chimbetu and Ras Caleb during their tours down south. I have shared stage with the likes of Cassper Nyovest, DJ Mshayi (Capetown) and DJ Lesoul and it makes feel proud,” she said.
She paid tribute to Dot 5 Entertainment Corporate Affairs director, Terry “The General TK” Kadhau, for supporting her to pursue her dreams.
“I want to diversify and collaborate with artists from all corners of the globe particularly Caribbean and West African,” she said.
GK added: “Besides working with foreign artists I was born and bred in Gokwe and I am still convinced there is abundant talent and I would love to go back and identify talent in such areas.”
Kadhau said they were working with various Zimbabwean artists in the Diaspora to ensure they get recognition and space to showcase their talent in South Africa.
“GK is one of the female artists from Zimbabwe we are currently working with. She has the energy and potential to hog limelight across Mzansi. We are working hard to ensure that all female artists receive the recognition they deserve,” said Kadhau.Advertisement

Jim Maleta said GK is a cut above the rest and expects to do more collabos with Zimbabwean female artists.
GK was born on September 19 1993 in Gokwe. She attended Kudakwashe primary school before proceeding to Chinhoyi High for her secondary school education.
She started her musical career in 2012 when she was in Form Two in Chinhoyi.