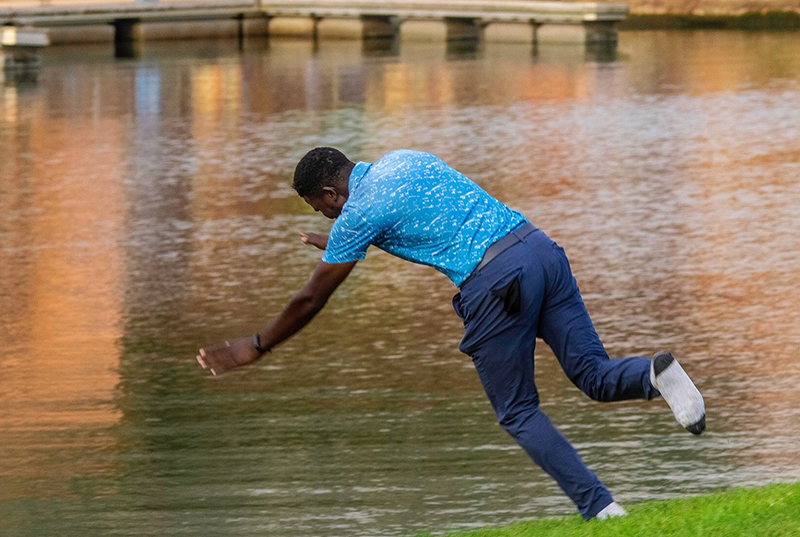 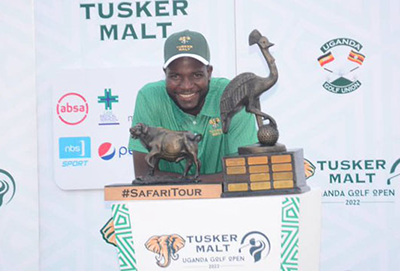 Robson Chinhoi with his trophies

UGANDA: Robson Chinhoi showed what the Uganda Open victory means to him, by excitedly diving into Lake Victoria after his final putt Saturday.

Having totally annihilated the field, the Zimbabwean gave media something else to write about on the final day when he took off his shoes, dived into the water, swam 20m and resurfaced wet and pumping his fist in the air to mark his 2nd Uganda Golf Open victory. He first won the event in 2020.

It was a rare show of emotion from Zimbabwe’s top golfer, who in the last two months also secured victory at the lucrative Lubumbashi and Kinshasa Opens in the DRC.

Moments earlier, he had secured victory, 10 shots ahead of the runners-up at the 17th edition of the Uganda Open Pro Golf Championship.

Tied in second were Ugandan Ronald Rugumayo and Kenyan Simon Ngige Mburu, whose 71 score on the final day propelled him into 2nd position at the picturesque Lake Victoria Serena Golf Resort & Spa course.

The prize fund or Kitty for this tournament is sh97.5 million (aboutUS$25,000), with the overall winner walking away with 21 million shillings (about US$5,500). The pro event is part of the Absa sponsored East Africa Safari Tour and the first leg of 2022-2023 lucrative Pro tour.

The Uganda Open has grown in stature and is one of the Biggest event on the Safari Tour attracting Pro golfers from Southern Africa, Central Africa, West Africa.