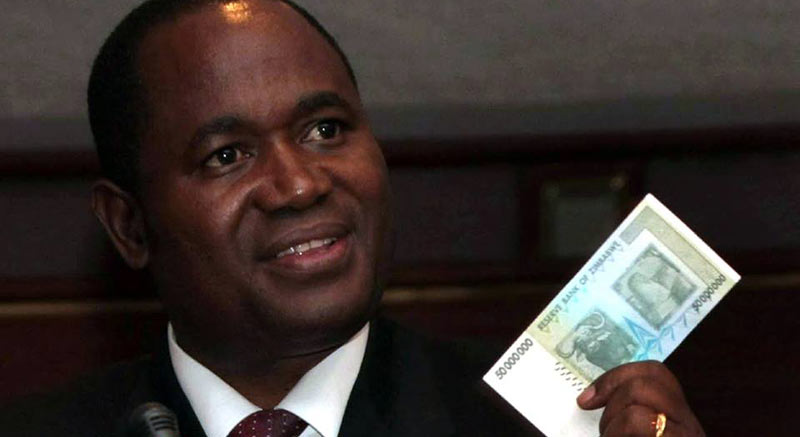 FORMER Reserve Bank of Zimbabwe governor, Gideon Gono was Saturday forced to defend his controversial Farm Mechanisation Programme, insisting the dishing out of millions of public funds to senior Zanu PF and government officials was above board.

Senior government and Zanu PF officials including President Emmerson Mnangagwa accessed millions in United States dollars from the RBZ between 2007 and 2008 through the programme.

None of the beneficiaries repaid the loans.

However, according to the now reclusive Gono who was forced to come out and defend the scheme, the beneficiaries were not expected to repay the loans.

However, in response to the article on Saturday night, a fuming Gono attacked Magaisa for allegedly making “inaccurate, unfair and unfounded” allegations against the beneficiaries.

“My statement comes in the wake of Dr Magaisa’s allegations, which makes a lot of unfounded allegations and inaccurate, and unfair conclusions that border on defamation,” said Gono adding the programme was undertaken in accordance with the law.

The former RBZ governor, scorned for presiding over the apex bank when Zimbabwe was going through its worst economic turmoil in decades, said he introduced the programme to capacitate newly-resettled farmers through mechanisation.

Zimbabwe embarked on a controversial land reform programme in 2000. The programme saw thousands of white farmers being kicked out of productive farms to be replaced by black Zimbabweans.

“I come as the man who was in charge of the RBZ during the most trying period in our history and as a man who was at the centre of trying to keep the economy going.

“I can state categorically that Dr Magaisa is offside and that no beneficiary of the farm mechanisation programme ever refused to pay for the equipment that they got and neither were they asked to pay,” Gono said.

He was at pains to explain after Zimbabweans took to social media Saturday to express disgust at how politically connected individuals could feast on the carcass of a dead economy with gay abandon.

“None of these belonged to blacks. Today, under a legitimate Government Mechanisation Programme that covered both A1 and A2 farmers during a very difficult period in the history of our nation becomes a scandal?

“Both rural and non-rural farmers benefited from the takeover of the loans by the State but I shall elaborate. There was no scandal here, no corruption and no beneficiary refused to pay. The State did not demand payment and that was above board.”

He claimed after consultations with government, the decision was reached that equipment given to the beneficiaries should not be regarded as a loan to anyone, and no payment was to be made by the beneficiaries of the programme.

“The RBZ undertook this quasi-fiscal activity at the behest of Government and in the national interest.

“This was done in accordance with the then Section 8 of the RBZ Act Chapter (22:15) which authorised State to direct the Central Bank to carry out transactions in such a manner as the State may require and if so requested by the State, the Bank was to make the necessary arrangements to this end.”

He said this was not the first time that the Zimbabwe government had assumed debts as, at independence, it took over loans that had been incurred by the Smith regime for nefarious acts undertakings against the blacks.

“At independence, the RBZ and government, in general, assumed loans and obligations that had been incurred by the previous regime, some of which had been used to acquire military equipment that maimed and killed our people as well as agricultural loans that had been taken with State guarantees from banks during those difficult years.”

Meanwhile, according to the State media, Gono reached out to Magaisa via WhatsApp Saturday, raising his displeasure with the “defamatory” article.

In a string of text messages seen by this publication, Gono questioned Magaisa’s motive behind cherry-picking names of beneficiaries that he published.

“My brother, your article of today (Saturday) is so unlike you to make such damning conclusions without checking and clarifying with the one man (alive) who was in charge of the RBZ-driven Farm Mechanisation Programme 2007/8,” charged Dr Gono.

“I thought that since I’m alive and surely capable of enlightening anyone with interest in matters that happened under my watch … a simple phone call or WhatsApp to verify the authenticity and background to the issues of your interest would have served everyone from all the wrong interpretations and erroneous, defamatory conclusions contained in your BSR (Big Saturday Read).

“You are usually very careful with your facts and I wonder what happened here? Anyway, I hope that you will have the courage to tell your readers the facts of the matter as I shall put them down and apologise for tarnishing their images before getting all the facts that allow anyone to form their own opinions.

“Out of civility and good courtesy, I will share with you the true facts then you will see how wrong your assertions of fraud, corruption and looting are. On this one, you definitely got your facts wrong. I unsuccessfully tried to reach you earlier when I saw the article.”