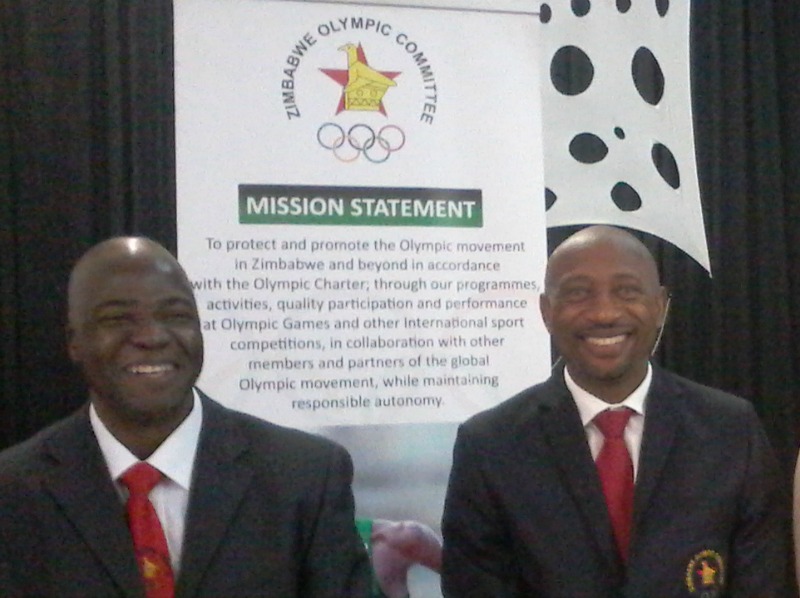 The Zimbabwe Olympic Committee has announced one of its vice-presidents Thabani Gonye as Chef de Mission of the Zimbabwe team for next year’s Olympic Games in Tokyo, Japan.

Gonye, a former athlete and coach in athletics, has served as ZOC vice-president for the last five years and takes over the role from another seasoned administrator, Titus Zvomuya who served as Chef de Mission for the 2016 Rio Olympic Games.

ZOC said Gonye’s experience in numerous leadership positions in Zimbabwean sports make him an ideal candidate for the role.

“ZOC is pleased to announce the appointment of former athlete and experienced administrator Thabani Gonye as Chef De Mission (CdM) to the Tokyo 2020 Olympic Games,” ZOC said in a statement.

“Having successfully undergone an interview process, his nomination was presented to and approved by the ZOC Board at its first quarter meeting on 9 February 2019. The CdM’s main role will be to effectively manage the Zimbabwe Olympic Team before, during and after the Games.

“Thabani is the Chair of the Technical and Development Commission. He brings with him vast experience in sport governance, high performance sport and multi -disciplinary games team management, having been an accomplished athlete, turned distinguished club owner-coach and eventually an administrator at National Federation level. Gonye managed teams to several regional and international competitions,” said ZOC.

Gonye was first elected as ZOC treasurer in 2005 and held the position for two terms before election to his current post as Vice President in 2013, retained in 2017.

The former National Athletics Association (NAAZ) secretary general is not new to the role of Chef de Mission having led the Zimbabwe team in a similar role at the Beijing 2008 Olympics.

“He managed arguably the most successful Team Zimbabwe to an Olympic Games, which included the highest medal count by an individual athlete and the most final place finishers in track and field.

Gonye’s appointment comes as local national sports associations are intensifying their plans following the commencement of the qualification phase of the Tokyo Olympic Games which runs from January 2019 and June 2020.

“National federations that have athletes with the potential to qualify from the 33 sport codes on the Tokyo 2020 programme will present their plans and schedules to the Zimbabwe Olympic Committee (ZOC) by 31 March 2019. ZOC will focus and intensify support for athletes with proven and credible potential who, based on the sport specific Qualification Systems in place, will be targeting specific events in which to compete and try to earn the limited slots. The final team is likely to be confirmed no later than 30 June 2020,” ZOC said.

Zimbabwean athletes have won a total of eight medals – three golds, four silvers and one bronze – in two sports.