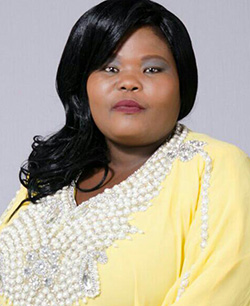 SAMANTHA KUREYA, aka Gonyeti, has, this year, become the first woman to be nominated for the National Arts Merit Awards (NAMA) a development seen by some as paving the way for other female artists across Zimbabwe.
She has taken the stage by storm, something that had proven difficult for internet sensations like Baba Tensen.
On February 18 Gonyeti could make history by winning the award becoming the first woman under the category to do so if she manages to shrug off competition from seasoned male comedians such as Q Dube.
In an interview with New Zimbabwe, Gonyeti said the nomination means a lot for women comedians as they are, for the first time, breaking into a male dominated field.
“It is quite overwhelming to be honest; it’s been a male dominated industry for too long,” said Gonyeti.
She added: “When your art is recognized and appreciated it just pushes you to grow.”
Gonyeti also said she expects to start of organisation that will nurture upcoming talent from the grassroots especially the less privileged.
“I am hoping to start of an organisation that will help young people realise their talents because for me to be where I am today is because of the help that I got from the community,” she revealed.
Fellow women stand-up comedians, the eccentric Mai Titi and fascinating Madam boss, will grace the occasion in support of Gonyeti.
After using social media spaces such as YouTube, Facebook and WhatsApp, the three ladies’ performances, touching on societal issues from the eyes of a woman, have proven to be popular with the masses.Advertisement