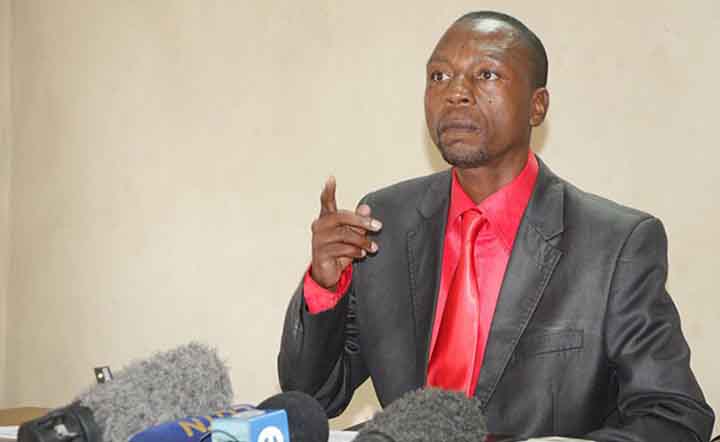 AS the commission investigating the August 1 2018 callous murders continues its mission to probe the obvious we, the people of Goromonzi, are waiting for the outcome with bated breath.

Among those heinously killed by the military on that fateful day was a family man, Ishmael Kumire of Matope village in this hallowed land of my birth in Domboshava, Goromonzi West constituency.

He left behind a wife and four children. Kumire’s only crime was that he happened to be in Harare when he was brutally shot by soldiers as the so-called new dispensation showed its true condign colours.

As we buried the slain Matope in the loamy soils of Domboshava early August, it dawned on me that what Mnangagwa really meant was that Zimbabwe was open for cold-hearted murders.

The foremost business that confers legitimacy on any leader is a legitimate plebiscite and a country cannot certainly be open for business when it is not open for the business of a free, fair and credible election. A free and fair election is the foundational business upon which all the other businesses are built.

Domboshava in Goromonzi West is the place of my birth and upbringing. The last parliamentary election was sated with tumultuous political activity as various candidates jostled to represent my kinsmen—and kinswomen—in that poll, myself included.

I contested as a parliamentary candidate for Goromonzi West because for me and many others who come from Domboshava, the just-ended plebiscite presented an opportunity for this hallowed land of my birth to be represented by one of its sons or daughters.

Since independence in 1980, the people of Domboshava have been represented in Parliament by ‘foreigners’ who hail from other areas in an implicitly negative indictment on those of us born and bred there. True, our national Constitution says Zimbabweans are free to live and settle anywhere in the country but as proud Africans, we will always continue to value one of our own, especially when it comes to representation.

From the days of George Chinengundu, Kenneth Bute, Hebert Murerwa and others who later succeeded them, this beloved place of my birth has never been represented by a “native” of Domboshava.

Sadly, our dream for this sacred land of my origin to be represented by one of its own was not to be. The recent parliamentary poll in Goromonzi West, through a morbid combination of internal and external factors, bred yet another ‘foreigner’ of kleptocratic energy (no pun intended) who hails from Bikita in faraway Masvingo province. Our legislator does not understand this hallowed land of vegetables and tomatoes; this sacred land of my ancestors.

We, the natives of the land of chief Chinamhora, are still licking the painful wounds of losing one of our own who was murdered in cold blood by the army in the streets of Harare. The people here are still to recover from the ignominy of yet another missed opportunity for this sacred area to be represented by one of its own, a legislator born and bred there who would have taken this brutal murder with the seriousness it deserves.

For me, as the only legitimate MDC Alliance parliamentary candidate for Goromonzi West, there are several internal and external factors that explain why my kinsmen lost this golden opportunity to benefit from the dividend of prudent representation; why Domboshava slipped off the pedestal of transformation, opportunities and prosperity that the MDC Alliance was offering in the last election!

As part of the internal factors, there was a parallel candidate of the MDC Alliance who not only forged his papers to be accepted at the nomination court but was also urged on by some within the party, including very senior officials, one of whom later morphed to become his lawyer.

As we did elsewhere, the MDC Alliance ended up fielding two candidates—one legitimate and the other a criminal who forged the signature of the national chairman, Senator Morgen Komichi, in a criminal misadventure for which we patiently wait for justice at the courts.

The case of forgery was lodged at Marondera Police Station under RRB number 3360446.

As was expected, ZEC became a willing accomplice and refused to withdraw the parallel candidate even after it was brought to their attention by the party that he had cooked up his nomination papers.

As double candidates, the two of us garnered votes that far surpassed those of the ZANU PF candidate, Energy Mutodi. We lost the seat because of our split vote that was actively encouraged by a nefarious combination of a destructive lot within the MDC-T and Zanu PF’s shenanigans.

Among the external reasons why my beloved home area slipped off the pedestal of hope was that ZANU PF employed its usual shenanigans to pilfer the sovereign will of the people.

First was the overt and barbaric violence in ward one in Munyawiri in May 2018 when the ZANU PF candidate sent thugs to beat up Tichaona Chinyani and his wife Catherine for refusing to support them. The thugs even attempted to petrol-bomb their house.

The terror and intimidation have continued well after the election to this day and most of our polling agents have since fled their homes, particularly in Ward Six in the Crowhill and Sally Mugabe residential areas where for the first time, an MDC Alliance candidate, Tongai Kamusori, won the councillorship.

The people there are living in fear.

Secondly, the Zanu PF candidate brazenly violated the Constitution when he ordered chief Chinamhora to call a meeting of all village heads in the constituency to coerce them into supporting his candidature in violation of the national Constitution which forbids traditional leaders from furthering or inhibiting the interests of any political party.

Thirdly, the Zanu PF candidate engaged in overt vote-buying in contravention of the Electoral Act by hoarding tonnes of maize that he kept at Nyamande turn-off in Domboshava. He distributed the maize to hungry villagers in the eight wards of Goromonzi West on Saturday, 28 July 2018, 48 hours before the election.

President Nelson Chamisa trounced Emmerson Mnangagwa by 19,181 votes to 12,991 in the constituency, even in that rigged election. For example, the MDC Alliance leader had 416 votes at Parirewa A polling station and 415 at Parirewa B polling station. One parliamentary candidate had 55 and 56 votes respectively at Chogugudza AA and AB polling stations. The pattern gives one an eerie feeling that these were contrived figures because people vote randomly, and their votes do not necessarily have to yield a systematic prototype, as they did in Goromonzi West!

Meanwhile, for the despondent people of Domboshava, the suffering will continue in the next five years mainly due to “foreign” misrepresentation by candidate who does not come from the area and who does not understand our daily tribulations; nhamburo yedu inoenderera mberi (our suffering continues with no end in sight).

Indeed, just like the rest of the nation, the people of my birthplace have slipped off the pedestal of hope, at least temporarily while we sort out the issues.

With a legislator who neither paid condolences nor had the energy to utter even a single word in Parliament about a murdered citizen from his constituency, the so-called new dispensation may have turned my beloved home area into Goromonzi Worst!

Meanwhile, we, the people of Domboshava and the Kumire family are waiting for justice on the heinous army murders committed by the army on August 1, 2018.

Luke Tamborinyoka is the Director of Communications in the MDC led by Advocate Nelson Chamisa. He is back at work from official leave after participating in the just-ended polls as the MDC Alliance candidate for Goromonzi West. He writes here in his personal capacity. You can interact with him on Facebook or on the Twitter handle @luke_tambo.