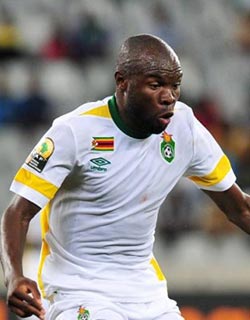 WARRIORS coach Ian Gorowa is wary of Tanzania ahead of the trip to Dar es Salaam for the 2015 African Cup of Nations first round first leg tie against the hosts on Sunday.
Gorowa’s men played Tanzania in their build up to the Chan tournament in an international friendly match last year, with the match ending in a goalless draw.
The Warriors coach said Tuesday he could see from that friendly match that Tanzania were not an easy team to beat.
“It’s a tricky match. We played them last year in a friendly match which we drew 0-0 in our preparations for the Chan tournament. I could see they are a good team,” said Gorowa.
“We are not taking them lightly. I am very worried but playing away first gives us an advantage. We will try to get a result there and see what happens at home.”
Gorowa also said it was a blessing in disguise that the match had been moved from Mbeya to Dar es Salaam because the altitude in Mbeya was very high.
“We have got three phases to go through and hopefully we will be able to qualify,” he said.
“It’s also a blessing in disguise that the match has been moved from Mbeya and that Caf did not approve it as a venue for the match because the altitude is very high there.”
The Warriors started training on Tuesday but Ajax Cape Town striker Simba Sithole picked up an injury which could rule him out of the tie.
Gorowa will also be without Kaizer Chiefs Kingston Nkatha who has indicated his unavailability due to injury while midfielder Willard Katsande was expected to join camp late on Tuesday as he was travelling from his base in South Africa.
Bantu Rovers midfielder Nqobizitha Masuku has also been ruled out of the clash due to injury.
Gorowa had named a 22-man squad for the clash against Tanzania with the stars of the African Nations Championship tournament constituting the bulk of players as only six South African based players were called up while sixteen are locally based.
The second leg has been set for Harare between May 30 and June 2 with the winner of the two-legged encounter facing either Sudan or Mozambique in the next round.
Should the Warriors beat Tanzania, they will book a place in Group F, which has neighbours Zambia, Cape Verde and Niger.