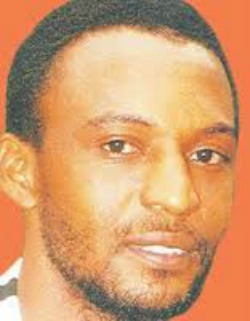 GOSPEL singer Elias Musakwa,48, Friday walked out of court a free man after a Harare magistrate ruled that it was clear that there was bad blood between the musician and his neighbour who alleged he wanted kill him.
The fight between Musakwa and the neighbour, Kennedy Mudukuti, 23, was triggered by noise pollution in the neighbourhood after the singer held shows and weddings at his place of residence.
Consequently, Mudukuti reported Musakwa over noise pollution a move which allegedly angered him.
Prosecutors alleged that on one occasion, the police cancelled a wedding and Mudukuti switched off Musakwa’s PA system more than five times.
Musakwa then allegedly confronted Mudukuti and threatened to kill him for disturbing his him saying he was not a common person.
Musakwa told court that there was bad blood between himself and Mudukuti. He also told court that the police cleared all his shows the reason why he was never arrested over noise pollution.
He was once removed from remand after Mudukuti excused himself from court proceedings consecutively.
After some time, Musakwa was called back by way of summons but magistrate Babra Mateko ruled that state’s house was not in order.
This followed failure to record statements from other witnesses which prosecutors alleged were present when Musakwa confronted his neighbour.
The magistrate said the state should have called him back after compiling all the evidence required for a trial to commence.
Musakwa was answering to charges of threats of future violence.
According to prosecutor Nyikadzino Machingura, Mudukuti reported the case several times and the police cautioned Musakwa for criminal nuisance.
The incident occurred on October 19 last year.Advertisement