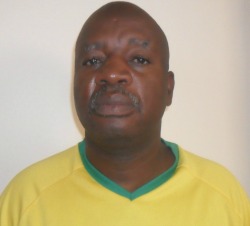 SAN children in Tsholotsho will next January start learning Tjwao language in school following the approval of the curriculum by the Ministry of Primary and Secondary education.
Tsholotsho area in Matabeleland North is home to the remnants of the San, a clan of indigenous people from Southern Africa.
Davy Ndlovu, the programmes manager of Tsoro-O- Tso San Development Trust (TDST) which is spearheading the process, said the Centre for Advanced Studies of African Society (CASAS) has already completed the Tjwao orthography.
“We have been working together for quite some time with CASAS and the Indigenous languages Curriculum Development to come up with the Tjwao syllabus and literature. I am glad that the ministry has agreed to give our children the opportunity to learn their own mother language. All along our children have been learning Ndebele and Kalanga which is alien to their culture,” said Ndlovu.
Ndlovu said the teaching programme will start from Early Childhood Development (ECD) to grade seven pupils before extending to “O” level and “A” level students at a later stage.
As part of the preparations for the syllabus, Ndlovu said a local NGO has already constructed an ECD block at Mtshina primary school in ward ten. TDST has been very vocal on the importance and need for respecting and recognizing the San culture.
Ndlovu said the San clan have been marginalized, despised and referred to in many derogatory terms such as Bushmen.
An estimated population of about 1 700 San people are found in the area while another significant number of them are also found in Plumtree.
The san people are also found in Kalahari and Namib Deserts in Botswana and Namibia respectively where they are famed for their historical rock paintings.