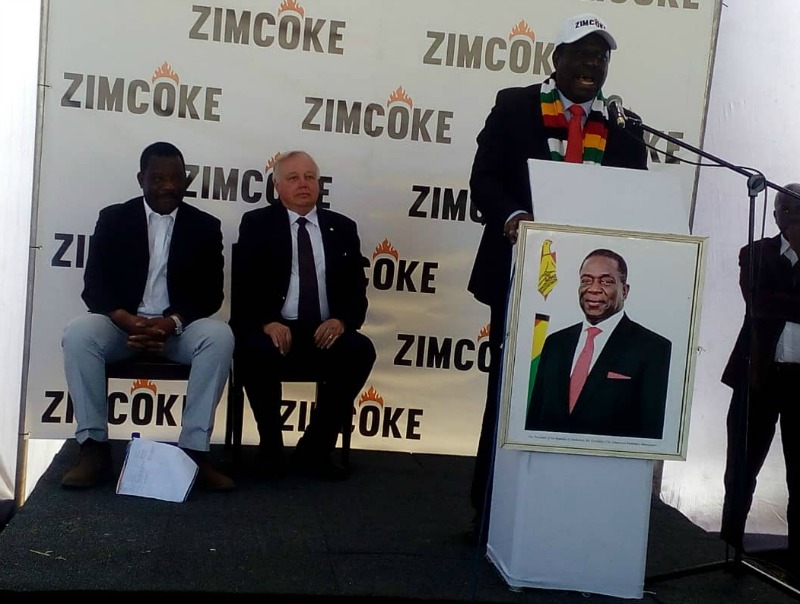 The company is premised within the Ziscosteel complex in Redcliff.

The company and Ziscosteel signed an Agreement of Sale in 2017 in which ZimCoke bought the coke-making assets of Zisco, consisting of the plant and machinery, land and buildings and associated infrastructure of cola handling and rail wagons.

“ZimCoke will inject a substantial investment of US$133 million to revive the coke plant and fully capitalise the project,” Bimha said.

The company will be commencing production in phases.

“During phase one of the ZimCoke operations, this will be the rehabilitation of Coke Oven Battery No3 with the by-product plant,” he said.

The company is expected to produce 250 to 300 thousand tons of coke per annum and produce export sales of US$65 million.

“Phase two and three, will each add further 125 000 tonnes so that in full production ZimCoke will manufacture half a million tonnes of coke a year,” he said.

“We are going to employ former Ziscosteel employees as this investment is set to benefit the locals,” said Moore.

It is projected that once the project comes to fruition, about 500 people will to be directly employed whilst others will be employed within upstream and downstream industries.

“This is a development that the Redcliff community and the province should be proud of. Investment will bring decent jobs and empowerment, especially for the youth in this town and nearby areas,” said Bimha.

The project will greatly benefit the engineering, chemical processing and road making industries.

Meanwhile, it has been gathered that coking coal supplies will be sourced from Hwange since a contract is currently being negotiated.

“Transportation of the coal form Hwange to ZimCoke and from ZimCoke to South Africa will be by rail. This will benefit NRZ and the Ministry of Transport with respect to capacity and rates,” the Industry Minister said.

The setting up of the company is immensely going to benefit nearby chemical manufacturing firm Zimchem which is also within the same premises.