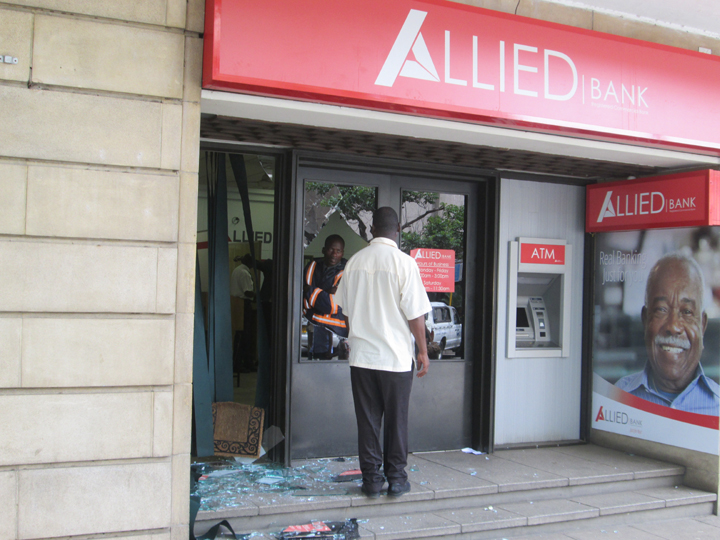 THE government has doubled the initial amount that each depositor gets in the event of bank failure to a maximum of $1,000, the Deposit Protection Corporation (DPC) said.
The DPC, whose purpose is to compensate depositors in the event of bank failure, has in over 10 years of its existence paid out millions to affected bank clients. The depositor protection scheme is funded by a levy paid by deposit-taking institutions.
“Pursuant to the provisions of section 41(1) of the Deposit Protection Corporation Act (Chapter 24:29), the public is hereby advised that the deposit protection cover limit has been increased from $500.00 to a maximum of $1,000.00 per depositor per member bank with effect from 1 June 2016,” the DPC said in a notice.
“In the event of a bank failure, every client with a deposit balance equal to or below USD1,000 is guaranteed to receive full compensation of the amount in the bank account at the time of bank closure, provided one submits a duly completed claim form.”
In terms of the rules, every depositor is automatically covered when they open a bank account.
Clients with more than the limit in their account will receive compensation on a pro-rata basis through the liquidation process.
Depositors of banks that closed operations before 1 June, 2016 will however be paid using the old rate.
The DPC, which has been pushing for an increase in the limit said the hike, would according to its estimates, cover at least 93 percent of bank clients.
“The increase in the cover limit will go a long way in protecting depositors, enhancing financial stability and public confidence in the country’s financial system,” the institution said.
The DPC is currently in process of paying out compensation to depositors of more than five collapsed banks including Allied, Trust, AfrAsia and Royal.Advertisement