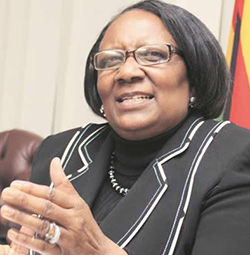 ZIMBABWE has announced a new visa regime which sees visitors some 29 more countries applying for visas on entry.
The development is part of ongoing government efforts to improve the country’s accessibility in order to boost economic growth.
The visa regime has three categories; Group A which does not require visas, Group B where visitors apply for visas on entry and Group C in which visas are obtained before travel.
Under the latest changes 29 countries were moved from category C to group B.
Clement Masango, a principal director Immigration, said the development is expected to promote tourism and investment.
“With immediate effect, the Zimbabwe government has revised our visa regime and 29 countries have been moved from group C to group B,” he said, while addressing a tourism conference in Victoria Falls Thursday.
Tourism Industry minister Prisca Mupfumira said her ministry will continue to evaluate the country’s accessibility in comparison with other destinations.
“Those around, how do we compare as far as this visa regime is concerned so together with my colleagues we are going to look at all regimes to see how do we compare,” she said.
Businessman Nigel Chanakira, responding to the announcement, said on Twitter “Zimbabwe is the first and only SADC country to remove visa requirements for all members”.Advertisement