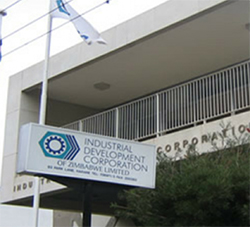 HARARE: Government wants local investors to take over several of the Industrial Development Corporation (IDC) subsidiaries that have been lined up for disposal, Industry and Trade Minister, Mike Bimha said on Wednesday.
Government, through IDC, owns and operates a range of strategic businesses such as fertiliser and chemical manufacturer Chemplex Corporation, which controls Zimphos and Dorowa minerals as well 50 percent of the Zimbabwe Fertiliser Company and 36 percent of the country’s sole ammonium nitrate maker Sable.
Other companies under the ambit of IDC are car assembler Willowvale, property subsidiary Sunway City, Allied Insurance and automotive companies Deven Engineering and Amtec.
Bimha told journalists that Cabinet had given the IDC management and board approval to identify targets for disposal.
“We want to ensure that in the disposal exercise we achieve our objectives in terms of indigenization. …we are looking at empowering our people and also inviting foreigners to get into joint ventures with them,” he said.
Bimha said the corporation had become too big, and was being weighed down by some under-performing subsidiaries.
IDC last released its financial results in 2013 when it reported a full year loss of $22 million.
“We want the IDC to focus on its mandate which is to assist in the industrialization process. Some of these companies will fly if they are taken over by people with the expertise and financial capacity.”
Almin Metal industries, Surface Investments, Modzone Enterprises, Zimbabwe Copper Industries Stone Holdings and Zimbabwe Grain Bag are some of the companies that have previously been said to be up for disposal.Advertisement