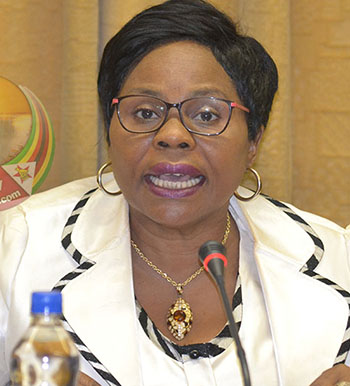 PRESIDENT Emmerson Mnangagwa’s government has fired an additional 75 doctors to bring to 286, the number of medical practitioners who have been shown the door for refusing to end a strike which has gone on for more than two months.

This was revealed by Information Minister Monica Mutsvangwa during a post-cabinet media briefing in Harare Tuesday.

“A total of 322 disciplinary cases have so far been heard and 286 doctors were found guilty and have been discharged.

“A further 93 doctors from central hospitals and 55 from provincial hospitals will have their disciplinary hearings concluded by 15 November and 27 November 2019, respectively.

“This week a total of 75 doctors were dismissed.”

Minister Mutsvangwa however said the door was still open for dialogue with the critical health staff.

“Government is still committed to dialogue with the striking doctors and a meeting has been scheduled for 14 November 2019,” she said.

Zimbabwean doctors mainly from Harare and Bulawayo public hospitals early September embarked on a crippling job action that has seen hospitals turn away patients as there has been no one to attend to them.

The doctors are demanding a review of their wages in US dollars or payment in local currency but pegged against the prevailing US dollar bank rates.

Government insists it has no capacity to pay the demanded amounts.

Doctors have rejected a 100 percent wage review by government saying the amounts were still not enough for them to lead decent lives under the prevailing harsh economic environment.