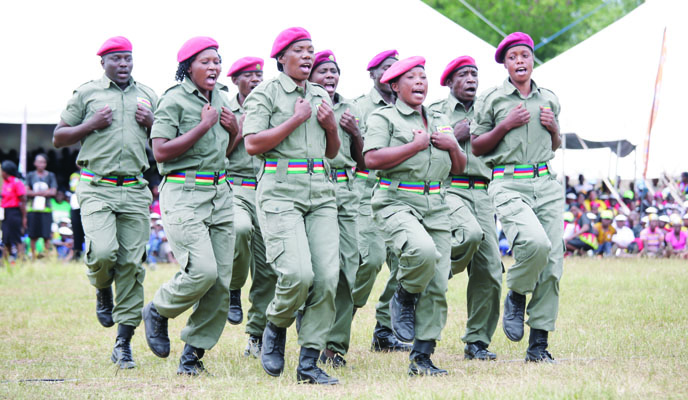 MONTHS after re-introducing the much-feared national youth service (NYS), commonly referred to as green bombers, government is considering new plans to rebrand the brigade which include introduction of lessons at early childhood development (ECD) level.

A statement from the ministry of youth in response to a petition by national association of youth associations on re-introduction of the youth service detailed how the programme will re-commence.

According to the document in NewZimbabwe.com’s possession, the higher and tertiary education ministry and five other ministries have already been engaged on the matter.

“The ministry advises that stakeholder consultations have been an important requisite in the development of the NYS policy guiding framework,” reads the presentation.

“A NYS bill is being developed which will be subjected to parliamentary processes, which will include stakeholder consultations and public hearings for greater public ownership.

“Enrolment and training will be conducted in a non-partisan manner with enrolment being done through ministry district structures. Although the curriculum is yet to be finalised, the curriculum content will cover topics related to national orientation, civic education and social ills.

“The six-month training programme will target the 18-35-year age group and participation will be voluntary. Training will start from an early age (ECD) with the ministry of primary education introducing age-appropriate content for each learning grade.”

Members of the NYS alumni will be organised into volunteer corps and expected to serve in disaster response and national development programmes.

Successful trainees will be considered for employment into public office.

Having been one of late President Robert Mugabe’s weapons in violent politically motivated violence around 2008, the NYS’ reintroduction reignited past memories of violence at time of elections.

Government has been petitioned to stop the process to no avail.