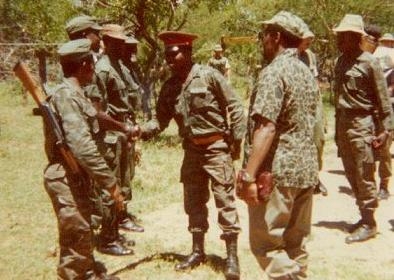 FORMER ZPRA cadres who contributed their demobilisation payouts and managed to purchase various properties across the country are set to lose some of the properties after it emerged some of the assets have already been sold and parceled out for residential as well as commercial stands.

ZPRA was Zapu’s military wing during the liberation war.

Following the demobilisation exercise in 1980, some former ZPRA cadres contributed $50 each and managed to buy 52 properties across the country so as to cater for their welfare.

The properties were however forcibly seized by government at the height of the Gukurahundi genocide, following what it said was “discovery” of arms cache at some of Zapu’s farms in the Midlands and Bulawayo provinces.

The discovery of the arms cache led then Prime Minister Robert Mugabe’s Gukurahundi that not only seized their properties but killed and maimed tens of thousands in Matebeleland and Midlands provinces.

The cadres have for over 40 years been unsuccessfully trying to regain possession of their properties.

A promise made by President Emmerson Mnangagwa in 2019 that they would have taken possession of them by Christmas day is yet to be kept, three years later.

ZIPRA sources told NewZimbabwe.com Monday some of the properties had already been sold.

“The reason why the government is dilly dallying in returning our properties is because some of the properties have been sold. One of our properties in Borrowdale, Harare has already been sold to private property developers,” said the ZIPRA source who refused to be named for fear of victimisation.

“As I speak, one of our properties in the Midlands is guarded round the clock by armed security.

“Even if government eventually decides to give us our properties back, it will not help us because most of our comrades are very old and will not enjoy their fruits,” added the source.

Nitram Properties chairman, John Gazi confirmed some of ZPRA’s properties had been sold and indicated they might have to investigate how many are left.

“It is true that some of our properties have been parceled out to other people. I think we need to carry out any audit to find out the number of properties that are still available,” said Gazi.