GOVERNMENT has moved to bail out struggling power utility ZESA Holdings through settlement of a US$890,000 debt owed to South African power generator, Eskom.

This was announced by Energy Minister Fortune Chasi Monday.

Posting on his twitter, Chasi said ZESA has managed to pay all the money it owed Eskom and was now eligible to borrow more power from the company. 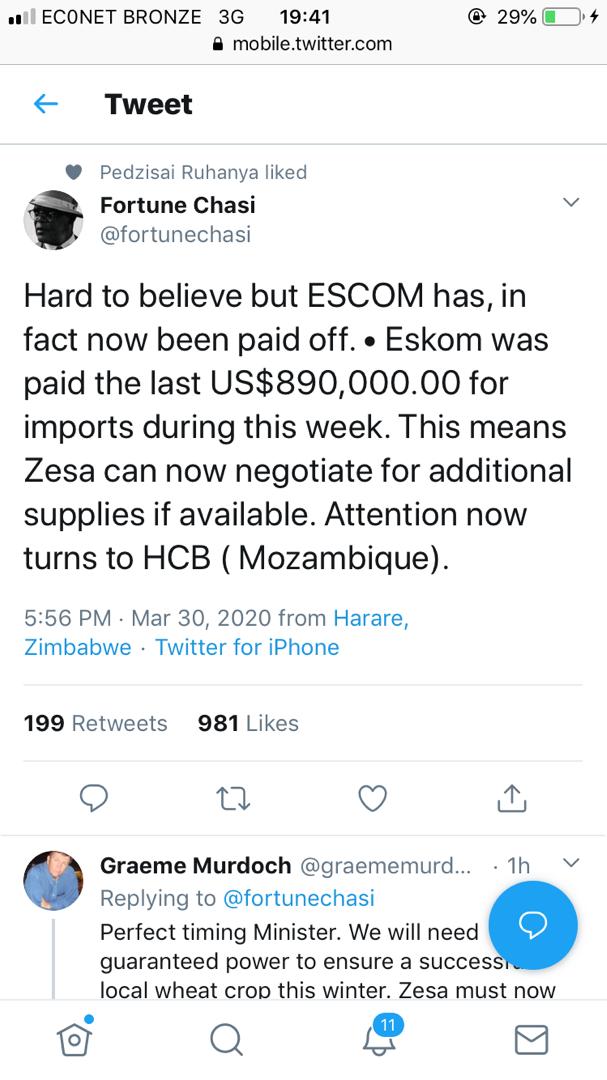 Zimbabwe owed the power utility US$33 million debt, which government has been paying since June last year.

The country has been battling power outages for over a year with companies and households enduring the greater part of each day without the necessity.