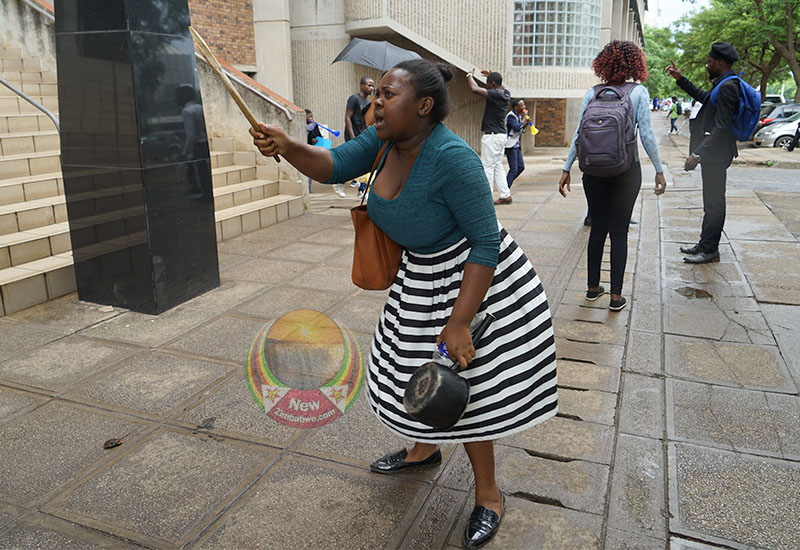 PRIMARY and Secondary Education minister Evelyn Ndlovu has threated to unleash the Zimbabwe Anti-Corruption Commission (Zacc) on schoolteachers who are not working hard saying its tantamount to corruption.

Although government has managed to cajole them back to work through threats of expulsion and freezing of salaries, teachers have reportedly devised a strategy whereby they only report for duty and do not fully apply themselves.

Teachers are demanding a significant salary review or US dollar-based pay amounting to US$540, which the unflinching government has starkly refused to accept.

During oral evidence hearing on Thursday by the Parliamentary Portfolio Committee on Primary and Secondary Education Ndlovu said claimed teachers have returned to work following a month-long strike but were not taking classes.

The minister had reported that after the incapacitation period where teachers refused to report for duty last month, 94% of the teachers are back.

“Majority of teachers (about 94%) are back in class. Even those who were marking the O and Level ZIMSEC exams have completed the marking and returned back to work,” Ndlovu said.

“As the ministry, we are going to take stern measures against those teachers who are sitting-in. We will engage the Zimbabwe Anti-Corruption Commission to deal with them. We will also have monitoring strategies from our head office. As you are aware, no inspections are being done due to transport constraints especially in remote areas,” Ndlovu warned.

Also in Matabeleland North province, Binga district had no teachers in most schools.

The MPs told the minister that some schools had recorded a zero-pass rate in Matabeleland North province due to lack of teachers and other challenges.

Zanu PF Nkayi South MP Stars Mathe urged the ministry to recruit teachers from local areas who speak the same language as those of children from surrounding areas.

“Recruit teachers who speak the languages that children understand, especially teachers who are from the local districts or provinces,” said Mathe.

The minister told the committee that the government needed 10 000 teachers but the treasury had given the ministry to recruit only 5 000 teachers.