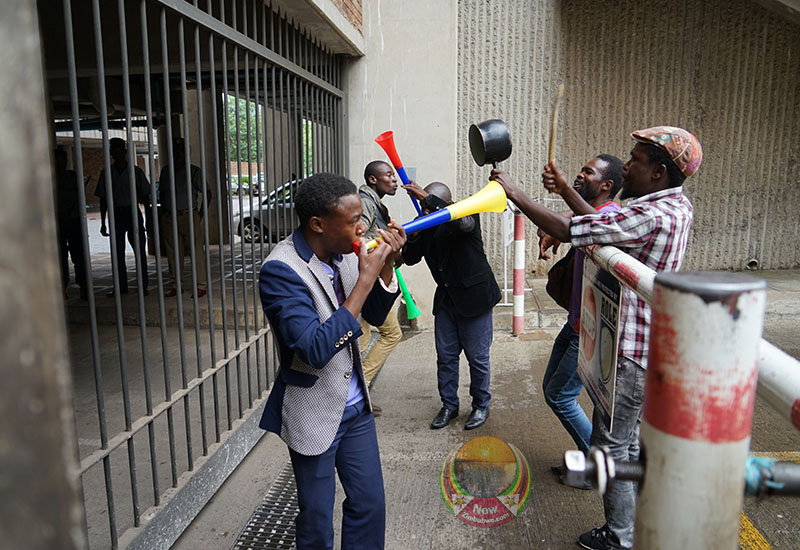 TALKS aimed at finding a solution to the impasse between government and its employees ended in a deadlock Friday after unions demanded that the suspension of striking teachers should be lifted as a precondition to the signing of an agreement.

The National Joint Negotiating Council (NJNC), representing government, and the Zimbabwe Confederation of Public Sector Trade Unions (ZCPSTU), formerly APEX, representing civil servants did not agree on the suspension of teachers who have been absent from work since citing incapacitation.

Teachers who failed to report for duty since schools opened early this week risk being suspended for three months without salary.

In a statement released on Friday after the meeting, ZCPSTU said: “The agreement could not be signed due to a sticking issue regarding the government’s intention to suspend teachers who failed to report for duty due to incapacitation. We therefore call upon the government to respect the labour rights of workers as enshrined in the Constitution of Zimbabwe.”

The parties had agreed on several issues which included some which had already been announced this week by Finance minister Mthuli Ncube.

These include a 20% upward review of gross emoluments (basic salary), transport allowance, housing allowance backdated to January 2022 and US$100 salary component to be paid in hard currency across the board with effect from March 1, 2022.

According to ZCPSTU and NJNC, payment of US$75 Covid-19 allowance would continue.

Other incentives would include introduction of housing loan guarantee scheme for home ownership available to all civil servants; payment of performance advancement awards arrears from 2012 to date with immediate effect as well as improvement on efficiency on the processing of rebate on duty on motor vehicles imported by civil servants.

However, the workers representatives made a plea for government to consider bringing back the effective date of implementation of the US$100 package from March 1 to January 1, 2022; reversing the decision to suspend teachers who did not report for duty; to extend the school fees benefit to rest of civil service as the council agreed that quarterly reviews will continue.

Teachers’ unions had expressed concerns over their incapacitation urging members not to report for duty until their demands were met.

Teachers are demanding their October 2018 US$540 salary and other incentives from the employer and talks have not brought anything positive to the teaching fraternity in public schools.