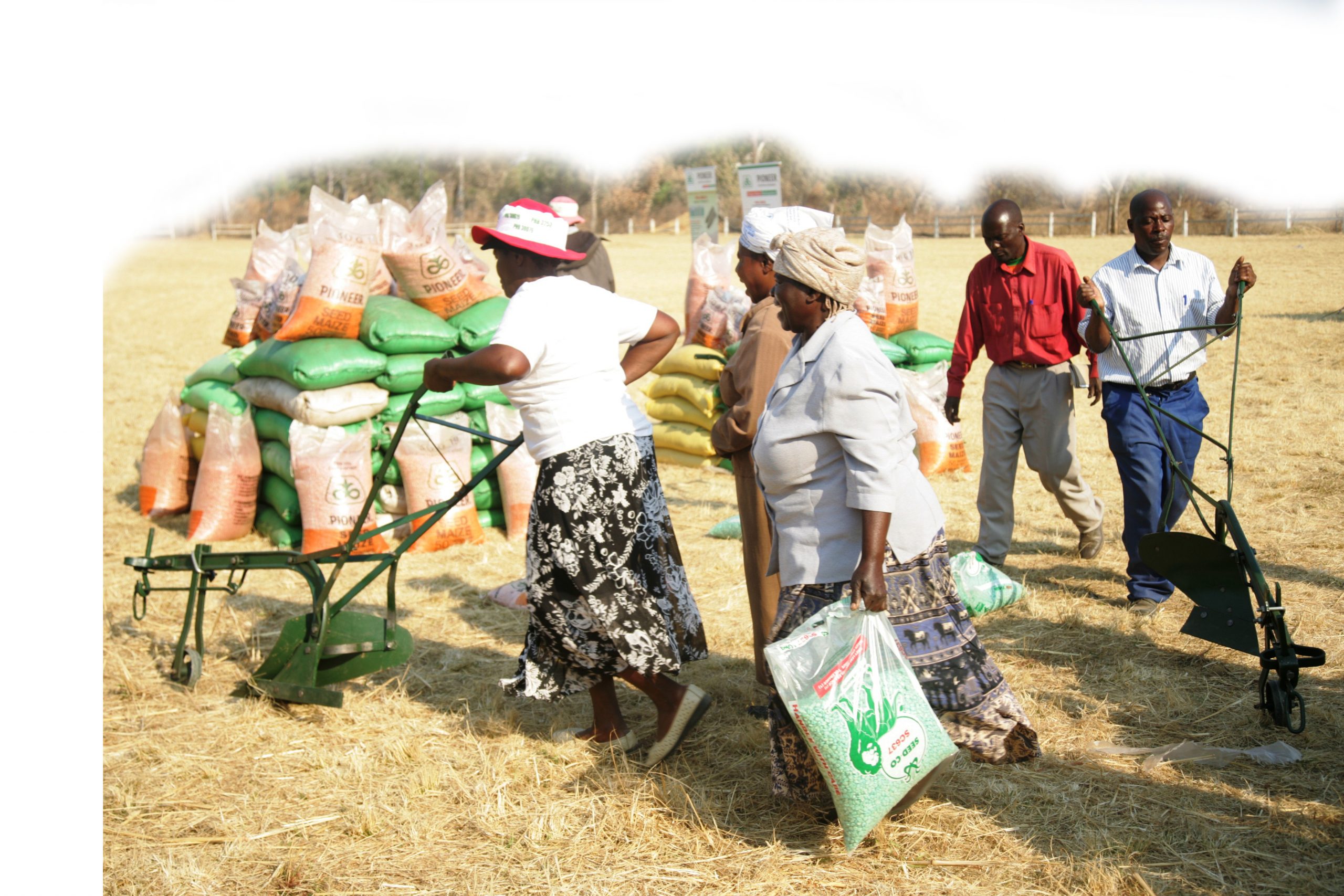 SOME farming inputs donated to communal farmers under government’s Intwasa/Pfumvudza Climate Proof Programme have reportedly found their way on the black market where they are being repackaged and sold at very low prices.

The government recently launched the Intwasa/Pfumvudza Climate Proof Programme which seeks to ensure food security in the country.

Under the programme, selected farmers receive a 50kg bag of compound D fertilizer, a 50kg bag of ammonium nitrate, a five kg bag of maize seed and in some instances two kg bag of small grain.

Some of the beneficiaries of the programme who are mainly Zanu PF supporters have resorted to repackaging the inputs into small packs that are popular with urban farmers who do not have big plots.

“I am selling draught resilient maize seed and Compound D here. A 500 grammes cup of maize seed only costs US$1.  We also organise fertilizer,” screamed a vendor at the shopping centre.

Another vendor was also spotted along 5th avenue market in the city centre selling the suspected inputs at his stand where empty five kgs bags of the product were strewn all over.

“I cannot afford the price of maize seed and fertiliser in the shops. The rains have come and I need maize seed to plant at my small field in the high density suburb. The prices of these guys are affordable,” said an urban farmer who was spotted while buying the inputs.

A five Kg bag of seed maize cost between US$15 and US$20 in shops depending on the grade.

It is not the first-time government sourced inputs have found themselves on the black market.

During former Reserve Bank of Zimbabwe (RBZ) governor’s tenure back in 2007, some beneficiaries of the scheme used to sell diesel meant to fuel tractors on the black market.