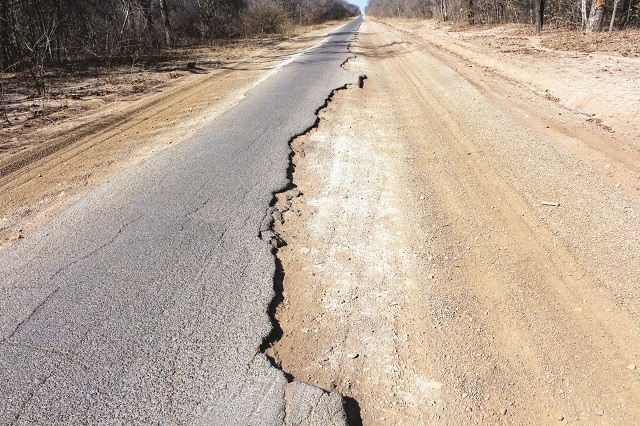 GOVERNMENT has admitted the state of roads and bridges around the country was dire and in urgent need of reconstruction after a combination of years of neglect and continuous rains experienced past months.

The top government official said the poor road conditions have been worsened by a lot of rainfall experienced during the 2020-2021 season.

He said work on the rehabilitation of the transport infrastructure was expected in the immediate term as procurement processes of material under different authorities were being concluded.

“Government is exploring ways of augmenting its purse to achieve more than originally targeted and prevent further deterioration of roads and bridges,” he said.

Chinyanga said the situation had started improving since the inception of the Emergency Roads Rehabilitation Programme 2 with some 165km having been rehabilitated so far around the country.

Some 30.8km were also said to have been resealed while pothole patching has been completed on 7 515km. A total of 333 drainage structures have been repaired and 42 gullies reclaimed.

He added road repairs in urban areas had stalled after some sections within the network were not included in a contract between government and a private company, Intertoll.

He further said efforts to amend the omission have failed, resulting in government taking a decision to put the excluded areas under the roads department.

Meanwhile, the Beitbridge-Harare-Chirundu road which is under reconstruction has been opened for use as a 170 km stretch has been completed under four government contracted private companies.

Government has completed 20 km done under a demonstration for the contracted companies.

Government has of late been condemned for failure to upgrade roads, some of which have now turned into gravel.

The situation has been critical in most urban areas where motorists have to bear the costs of continuously repairing vehicle suspensions due to potholes found everywhere.

Lives have also been lost and people have been left with life threatening injuries due to the accidents on the roads especially the Beitbridge-Harare Highway in the past decade.