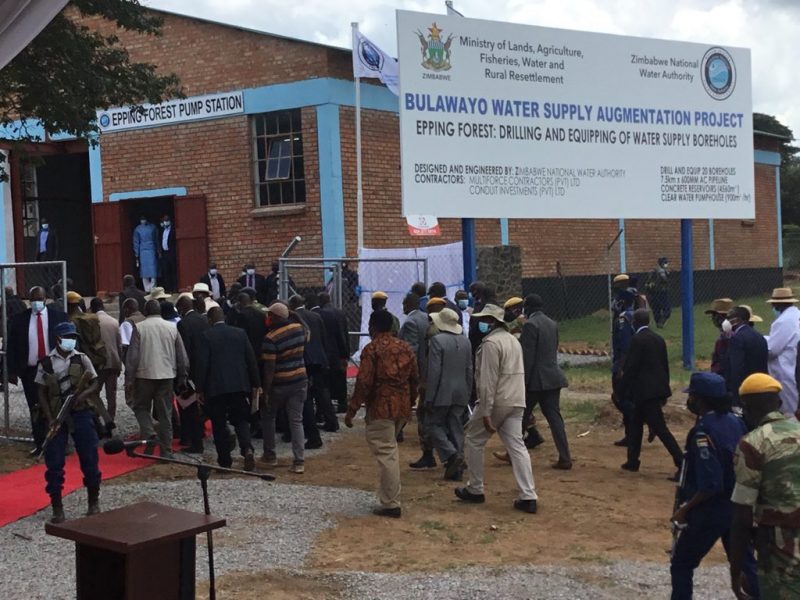 THE government has allocated $535 million towards the construction of the long awaited 245km long Gwayi-Shangani pipeline which will seek to end Bulawayo’s perennial water challenges.

The pipeline is set for completion in December next year.

Speaking at the commissioning of the Epping Forest boreholes in Nyamandlovu, Matabeleland North province Thursday, President Emmerson Mnangagwa said the mammoth project will be undertaken by various local contractors.

“Government has allocated $535 million towards the commencement of work on the 245-kilometre-long Gwayi-Shangani to Bulawayo pipeline whose completion is expected by December 2022. This marks the much awaited commencement of the National Matabeleland Zambezi Water Project,” he said.

“The Zambezi Water Project was identified way back in 1912 as a long term solution to the water challenges faced in Matabeleland North, South and Bulawayo provinces. This will become a reality during this government.”

Mnangagwa added the first stage of the project which is the construction of Gwayi-Shangani dam is already underway and on course with a total of $4.5 billion allocated for the project in 2021 national budget.

The dam is set to be the third largest inland water body in Zimbabwe.

“These project timelines are expected to coincide with the Gwayi-Shangani dam receiving substantial water inflow for conveyance to Bulawayo province. On completion, the pipeline will have the capacity to convey in excess of 160 000 megalitres of water to Bulawayo annually, a development that will improve the water and sanitation requirement of the city,” said the President.

He said the completion of these independent but inter-linked projects will ultimately spur economic production and resolve water challenges often experienced in the region.

The construction of the pipeline, Mnangagwa said, would also create employment and empower the local communities.

“In keeping with my administration’s results oriented culture and pledge to modernise and develop national infrastructure through own means, the project will be undertaken by various local contractors. This will not only speed up completion of the civil works but equally provide employment and empowerment for contractors and communities along the construction route.”

The construction of the dam was entrusted to the China International Water and Electric Corporation.

The Epping Forest boreholes project was undertaken as one of the short-term solutions to Bulawayo’s perennial water woes and is expected to add an additional 15 megalitres per day to the city’s water supply system.

Last year, Treasury availed $205 million towards resolving the water situation in Bulawayo where $130 million was used to rehabilitate and drill 30 boreholes in Nyamandlovu including the Epping Forest Project while the rest was channeled towards other water projects.

The ceremony was attended by the two the vice presidents, Kembo Mohadi and Constantino Chiwenga.