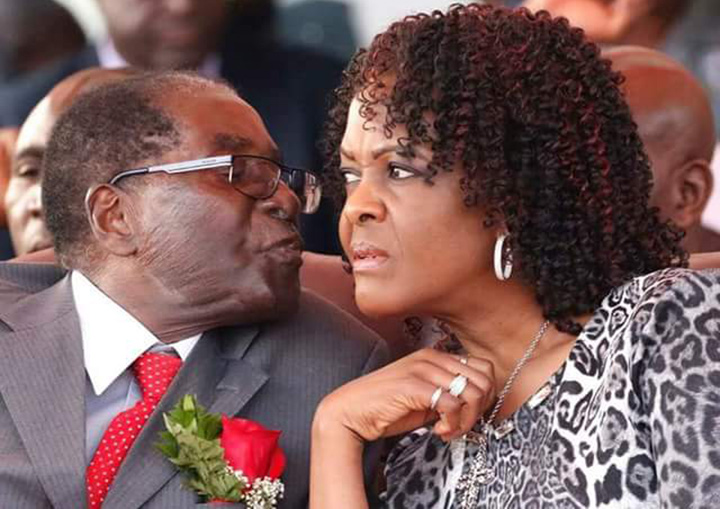 FORMER president Robert Mugabe and wife Grace reportedly flew out to Singapore Sunday on a flight chartered by the government.

The development comes at a time the cash-strapped administration has appealed for public donations as it battles a cholera outbreak which has claimed 30 lives nationwide.

Mugabe, 95, and his wife, 53, have reportedly been struggling with poor health, regularly travelling to the southeast Asian country for medical attention.

A 2015 operation to remove her appendix is said to have continued to cause Grace discomfort, necessitating trips abroad for treatment.

Her husband’s health problems have not been made public although media reports have long speculated about prostate cancer.

Grace was in Singapore when her mother passed on nearly two weeks ago, resulting in President Emmerson Mnangagwa hiring a Gulfstream jet to bring her home for the funeral. 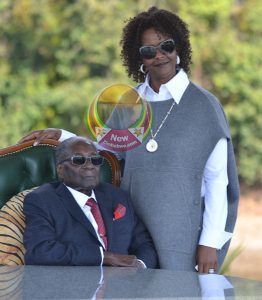 The health problems also forced the former first couple to miss Mnangagwa’s inauguration, sending instead their daughter Bona and her husband to represent them.

However, the decision by Mnangagwa to hire a plane for Grace caused some public consternation, forcing the government to claim that the costs were met by well-wishers.

“A millionaires in Singapore wants to return home to Zimbabwe because her mother has died. So, they charter a plane to go and pick her up. ‘It was a beautiful plane (she said) a brand-new Gulfstream 650 from Qatar.’

“Not many presidents would do that. Especially if she had tried to poison you and you had been forced to flee your country hotly pursued by a hit squad with orders to kill you.

“And especially if the country concerned is bankrupt and the beneficiary is probably its richest woman, with multiple properties at home and abroad.

“And who thinks nothing of paying a million dollars for a diamond ring and buying her children Bentleys to play with and giving them so much pocket money they can wash $20,000 wristwatches in fine champagne.”

According to presidential spokesman George Charamba though, the plane had initially been hired by “a group of business people” for the former president.

Mugabe then cancelled his travel plans after Grace’s mother passed on.

“(President Mnangagwa) then pleaded with the same business people to allow the private jet which had been paid for anyway, to still to proceed to Singapore as per the original schedule but this time with a view to collecting Amai Mugabe back home in the light of the bereavement.

“Again, the business people were charitable enough to accede to the request which is how the jet was then availed to Amai Mugabe,” said Charamba.