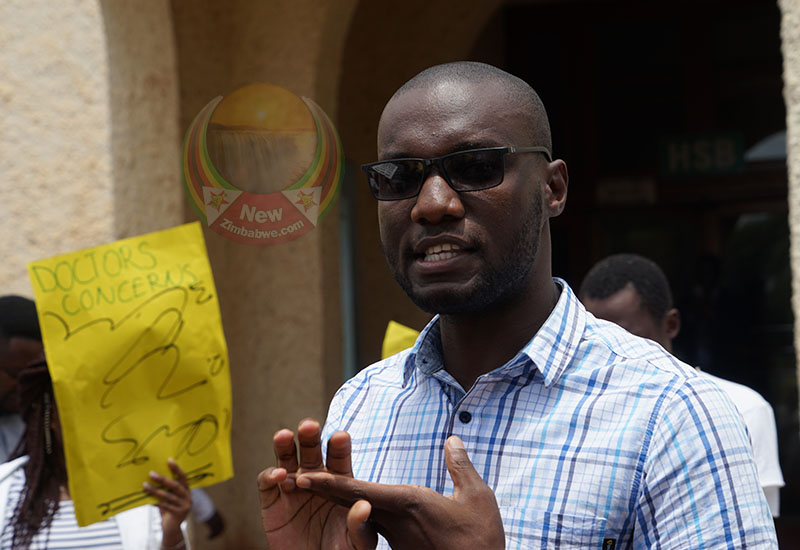 CONFUSION continues over the crisis in the country’s public health sector with government declaring that a deal had been reached ending the strike by junior doctors, a claim however, denied by the clinicians.

Officials called a press conference at government’s Munhumutapa offices Saturday where it was revealed that an agreement had been reached with the doctors through a forum described as Health Service Bipartite Negotiating Panel (HSBNP).

It was claimed that the striking doctors had agreed to return to work in the next 48 hours.

Representatives of the doctors however, dismissed the claim, saying they did not sign the agreement.

The supposed agreement was announced by Health Service Board chairperson Paulinas Sikhosana.

“There was a Health service Bipartite Negotiating Forum this afternoon (Saturday) and we are glad to announce that there has been a resolution of the labour dispute,” he said.

“An agreement was signed by the parties, the doctors on strike have agreed to go back to work starting immediately until 17:00 hours on Monday.

“Government is pleased that within the next few hours the situation in our affected hospitals will be returning back to normalcy.

“We wish to thank everyone who worked hard to make this happen.”

However, the Zimbabwe Hospital Doctors Association (ZHDA), which represents the striking doctors insisted that the strike was continuing.

“The strike is still continuing, we did not agree on some sections and as doctors, we refused to sign,” said (ZHDA) secretary general Mthabisi Bhebhe.

On Friday, state media reported that the doctors had agreed to return to work following a meeting at State House with first lady Auxilia Mnangagwa.

The doctors dismissed the claim and insisted that the job action was continuing.

The strike is now in its second month and has since been joined by radiographers with senior doctors also warning they will be downing tools if the dispute is not resolved.

The doctors want their salaries paid in US dollars, a demand rejected outright by the government which says it does not earn its revenue in foreign currency.

The administration claims it has addressed the doctors other demands, including the availability of basic medicines and sundries in all institutions.

More than 500 of the striking doctors have since been suspended after the labour court ruled the job action illegal.