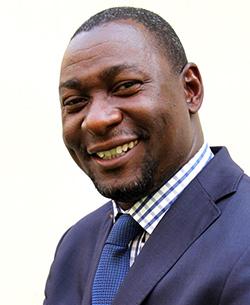 HARARE: The government has completed the acquisition of Global Telecom Holdings’ (GTH) entire shareholding in Telecel International for $40 million.
The deal, which has dragged on since 2014 when Vimpelcom, the parent company of GTH announced its intentions to exit Zimbabwe,  will see government — through its wholly owned internet service provider ZARNnet — take effective control of the country’s 3rd mobile operator Telecel Zimbabwe in which Telecel International had a 60 percent shareholding.
The remaining 40 percent is owned by Empowerment Corporation, a group of local investors.
“The transaction was completed for a consideration of $40 million; of which $21 million has been transferred by ZARNet (Private) Limited to GTH outside Zimbabwe, and the balance of $19 million will be paid as deferred consideration,” said Information Communication Technology Minister Supa Mandiwanzira in a statement on Wednesday.
“Government’s intentions remain to secure 100 percent shareholding in Telecel Zimbabwe, in the process sanitising the numerous shareholder related disputes that have dogged business growth and scared away investors.”
Mandiwanzira said the deal allowed ZARNet to take management control of the telco immediately.
Government already controls another mobile operator NetOne, which is struggling financially and also facing corporate governance issues.Advertisement