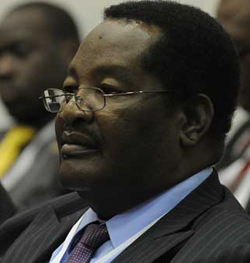 THE government is in the process of developing a minerals policy that seeks to, among others things, address challenges affecting the sector and explore ways of attracting new investment the African Development Bank (AfDB) has said.
In its monthly economic review for May released last week, AfDB said the Ministry of Mines and Mining Development had held consultations with stakeholders in Masvingo, Bulawayo and Kadoma to solicit views and enhance stakeholder buy-in on the draft policy.
“More stakeholder consultations are planned for the other mining centres across the country. The draft policy proposes to establish an internationally competitive, stable and conducive business climate to attract and sustain foreign and local investment, while ensuring equitable distribution of benefits from mining activities to meet both current and future needs,” said AfDB.
“It further proposes to overhaul the Mines and Minerals Act and introduce new minerals development legislation that will maximize the impact of mineral assets on growth and development,” the bank said.
AfDB said a web based mining survey and information management system would enhance transparency in the awarding and monitoring of mineral rights.
“The development of a mineral policy is critical, particularly given the increasing role of the mining sector in supporting the socio-economic growth objectives of the government, job creation, and revenue and export earnings,” said AfDB.
In terms of key sector developments in recent days AfDB said the Trojan refurbishment program was completed, and the first shipment of nickel concentrate to Glencore was dispatched in April 2013.
The Mwana Africa subsidiary delivered its first shipment of nickel concentrate to Durban, South Africa, as part of an agreement with Glencore International signed between Bindura Nickel Company and the global commodity trader.
The agreement allows Glencore to purchase all of the concentrate produced at the Trojan mine at a price linked to the London Metal Exchange settlement price.
Refined platinum output at Unki mine decreased by 22 percent, dropping from 18,000 ounces in the first quarter of 2012 to 14,000 ounces during the same period in 2013.
At least 362,000 tonnes of platinum ore were milled during the period under review against 379,000 tonnes milled in the same period last year. Unki mine’s refined platinum production decreased due to lower head grade and also a depletion of pre-production stockpiles.Advertisement

Since 2009 the mining has been one of the sectors anchoring the recovery and growth in Zimbabwe.