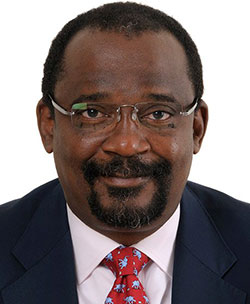 ZIMBABWE will cut the royalty imposed on gold producers to 5 percent from 7 percent to boost production because companies are struggling with low prices, the government said in a development welcomed by some mining firms.
“International prices of precious metals, in particular, gold, remain subdued, thereby threatening the viability of most of the mining houses,” Finance Minister Patrick Chinamasa said in a statement seen by Reuters on Monday .
“I, therefore, propose to review downwards, royalty on gold produced by primary producers from 7 percent to 5 percent. These measures take effect from 1 October 2014.”
Multicommodity miner Mwana Africa, which operates the Freda Rebecca gold mine in Mashonaland Central province, welcomed the government’s decision.
Mwana CEO Kalaa Mpinga said the company had actively engaged with government on the issue, adding that it was very pleasing that – in a spirit of understanding and cooperation – government had recognised the challenges inherent in the gold mining industry at present.
“The reduction in the gold royalty rate will provide a welcome financial boost to Freda Rebecca and Mwana,” he noted.
Zimbabwe’s gold production fell 26 percent to six tonnes during the January-July period this year, according to official data, and the spot price for the precious metal has been pinned down around 8-month lows below $1,250 an ounce.
The country’s gold mines are also struggling with power shortages and high borrowing costs. Minerals and precious metals account for 52 percent of Zimbabwe’s export income and gold is the number two earner after platinum.
The royalty on platinum remains at 10 percent.
In addition to Freda Rebecca, gold mining firms in Zimbabwe include African Consolidated Resources and RioZim Ltd.Advertisement